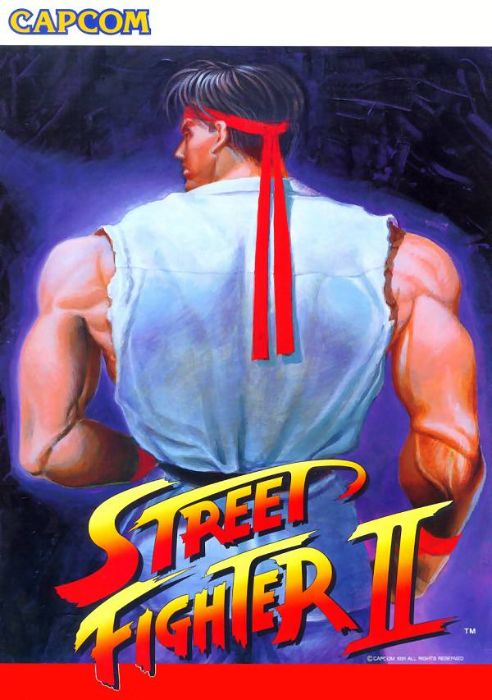 .The legendary, genre-defining fighting game in which 1 or 2 players chose from eight selectable World Warriors and must defeat the other seven, before finally taking on 4 non-selectable 'boss' characters.

Each fighter is as distinctive in feel and fighting style as they are in physical appearance, with each protagonist possessing several fantastical 'special moves' (the first genuine example of such in the fighting genre) to accompany the usual array of kicks, punches and throws. These special moves, while being difficult to execute due to the complexity of the joystick and buttons combinations required, allowed the fighter to inflict huge amounts of damage on their opponent.

A fighting game in the truest sense of the word, with deceptively deep and strategic gameplay ensuring that experienced 'Street Fighter II' players would destroy simple 'button mashers' with relative ease.