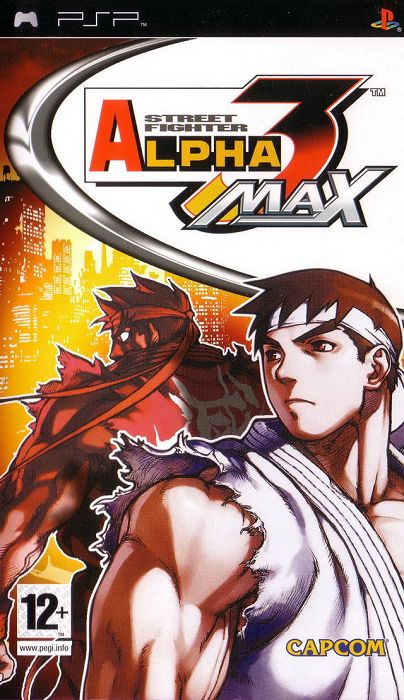 Street Fighter Alpha 3 MAX is a conversion of the 2D arcade fighter Street Fighter Alpha 3. Featuring a roster of 37 characters, including 3 (Maki, Yun, Eagle) never seen outside of the GBA version, and 1 brand-new character (Ingrid) to the game, all with their own storyline, you can spend a very long time learning the intricacies of all the fighters.

It includes all the novelties introduced in the Alpha series, including finite defenses, the ability to recover and isms to customize special attacks. To help avoid the typical repetitiveness of the game, all the modes available in the previous home versions of Alpha 3, such as Arcade Mode, Training Mode, Edit Mode, World Tour, Dramatic Battle and Survival modes are all available in this version, along with the brand-new 100-man kumite (survival) and tag-team battle modes.

The PSP version also has network games (Ad-Hoc only) for up to 8 players, with four additional modes: VS Mode, Team Mode, Variable Battle (take three players into battle of which you control two, and the computer one), and the Dramatic Battle with multiple fighters going at it simultaneously.