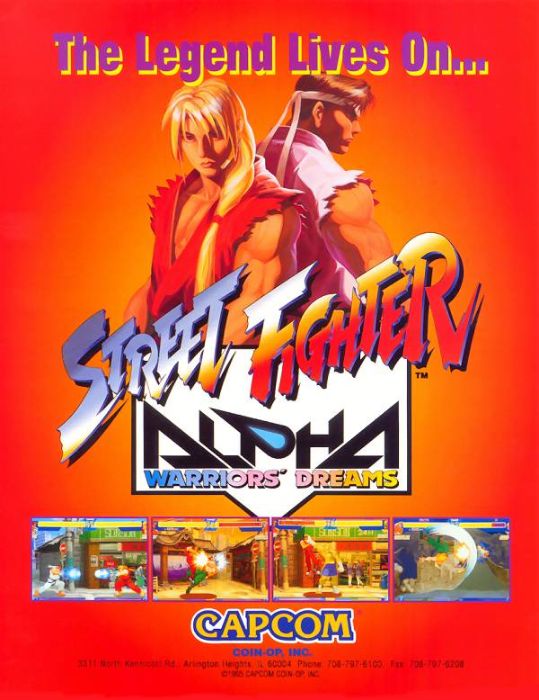 Intense. Brutal. Combat. The world has never encountered such a powerful collection of fighters in one tournament. Until now... Every Warrior's Dream - the most devastating Street Fighters of all time assemble to battle in one ultimate contest. Armed with an arsenal of new martial art moves, super combos and deadly secrets, the legendary competitors Ryu, Chun-Li, Ken and Sagat collide with a lethal new combination of fierce opponents. Infamous aggressors - Charlie, Sodom, Birdie and Guy show they play for keeps when they battle on the street. The new contenders Rose and Adon draw powers of the soul and nature to annihilate opponents and secure fame, power and prestige. The most extreme one-on-one warfare ever!