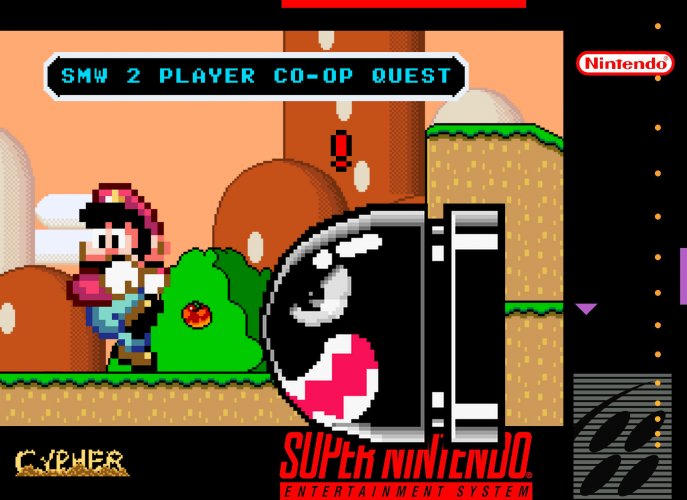 "Super Mario World 2 Player Co-op Quest!" is a hack from "Super Mario World" made by Cypher and which was published in 2013.
However, it is not played like any hack.
Because the game allows player 2 to control enemies (koopas, wigglers, piranhas plants, ....) while player 1 must finish the level with Mario.

For the second player the handling is simple:
First of all the enemy controlled by the player has a symbol "!" red that appears above his head and to change the character just press the L and R buttons.
The enemies are controllable with the directional cross.
And finally it is also possible to eliminate enemies by pressing start or select.

Also we can note that the majority of the enemies can fly (in particular the koopas, the cheep cheep, etc ...)

Finally if you want to test this rom I advise you to do it for two, playing this hack alone has no interest more than two of the eight levels available are only feasible in Co-op.