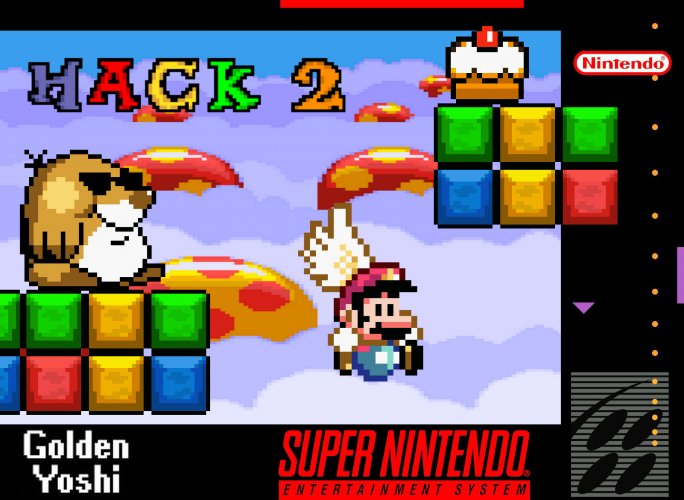 Like its predecessor the game features several levels (11 in all) and each level has a central theme and will require you to fulfill a certain objective to complete it. For example, one level adds a Power-Up allowing Mario to fly, another will ask the player to race against a cake, etc...

We can also note various changes that this sequel brings compared to its predecessor, such as the fact that the game saves automatically when you return to the map, or that from now on each level has a normal exit (blue) and a secret exit (red) and that it will be necessary to pass through each one of them to unlock the last level. Also in some levels you can get stuck, in this case you just have to press the "L" trigger (if the level allows it) to restart it.
But all this is explained in detail in the first level "Info".

In short, Hack 2 is an excellent hackrom.