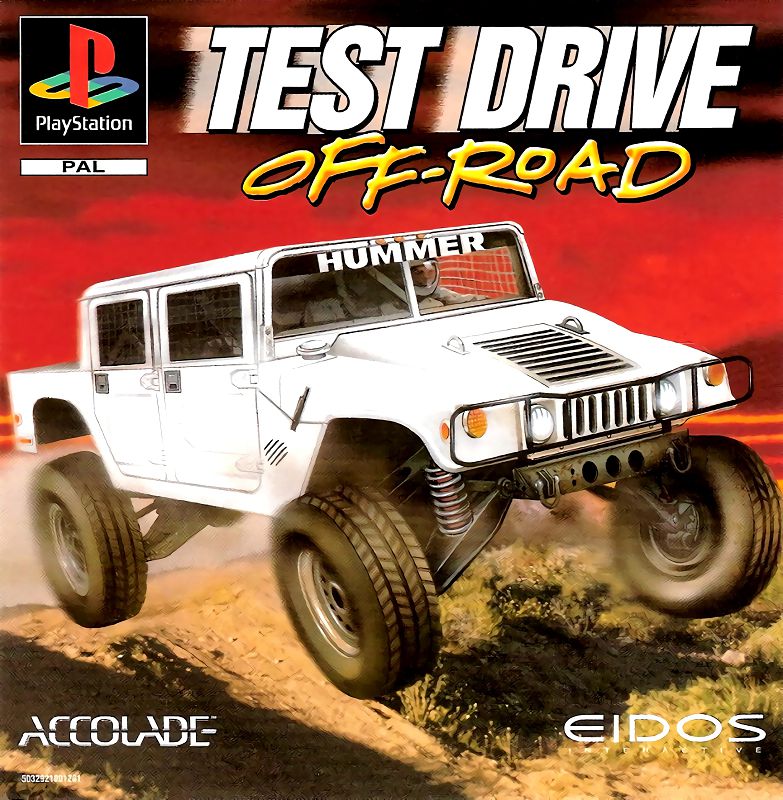 It's time to wander off the beaten path with Test Drive Off-Road, the first off-road racing game in the popular driving series. Players can hit the road with one of four licensed 4x4 vehicles, each rated in speed, handling and acceleration: a Hummer, Land Rover Defender 90, Jeep Wrangler and Chevrolet K-1500 Z71.

Once you select a vehicle, you'll be able to choose from four color schemes, enter your name and compete in a Mixed League or Class League. Depending on the league, you'll race against other vehicles of the same class or challenge all classes for one of six different cups. Nine camera angles let you change perspectives on-the-fly, including a dashboard view complete with a moving steering wheel!

There are twelve 3D tracks in total, covering such terrain as dirt, snow, sand and rocks: County Road, Jump Jet, Sand Speedway, Ridge Runner, Devil's Elbow, Winter Wonderland, Dirt Dash, Pharaoh's Curse, Sand Trap, Under Construction, Snowball Express and Pipeline Way. A Practice mode will let you learn the ins-and-outs of these courses once you open them up within competition.

Options include choosing anti-skid, power steering, friction, vehicle damage and one of three difficulty levels. In addition, best times, user names and league progress can all be saved to memory card. An announcer will comment on the action while you race, and the soundtrack is performed by TVT Records' Gravity Kills. Bored with racing the three computer drivers? Challenge a friend on a split-screen or via Link Cable!