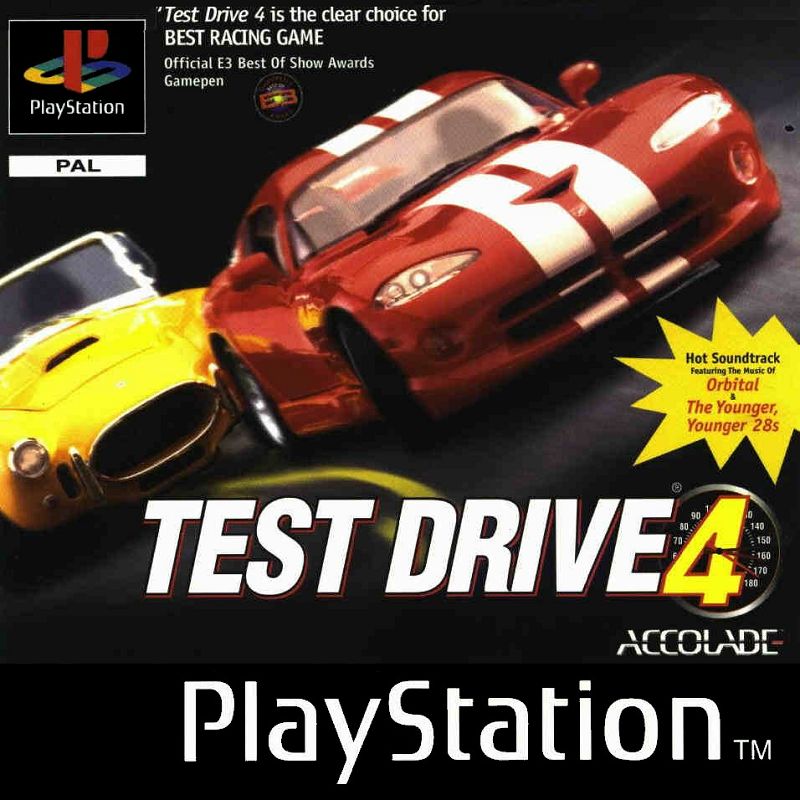 Test Drive 4 is a racing game featuring ten different cars - five modern supercars such as the Jaguar XJ220 and TVR Cerbera, and five vintage muscle cars including three Chevrolet models. Each car has its own realistic physics, with challenging handling.

There are five full circuits, plus a drag strip. You can contest a full world championship, plus single races and ghost-car time trials. The ability to find shortcuts which is featured in the third game in the series is not included here; you must stick to the pre-defined track layout.