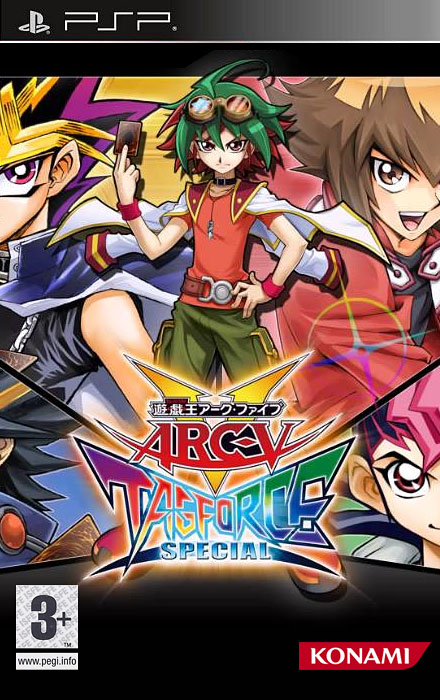 Yu-Gi-Oh! ARC-V Tag Force Special is the seventh installment of the Tag Force video game series. It was released on January 22nd, 2015 for the PlayStation Portable in Japan. No international release has been announced.

This game includes over 7000 cards. In addition, the cards in the game go up to Booster SP: Tribe Force, Structure Deck: Synchron Extreme, and Secrets of Eternity. Unlike the other games from the Tag Force series, in which cards were sold in packs exclusive to the game, the cards are sold in the same packs and ratios they were released in the OCG.