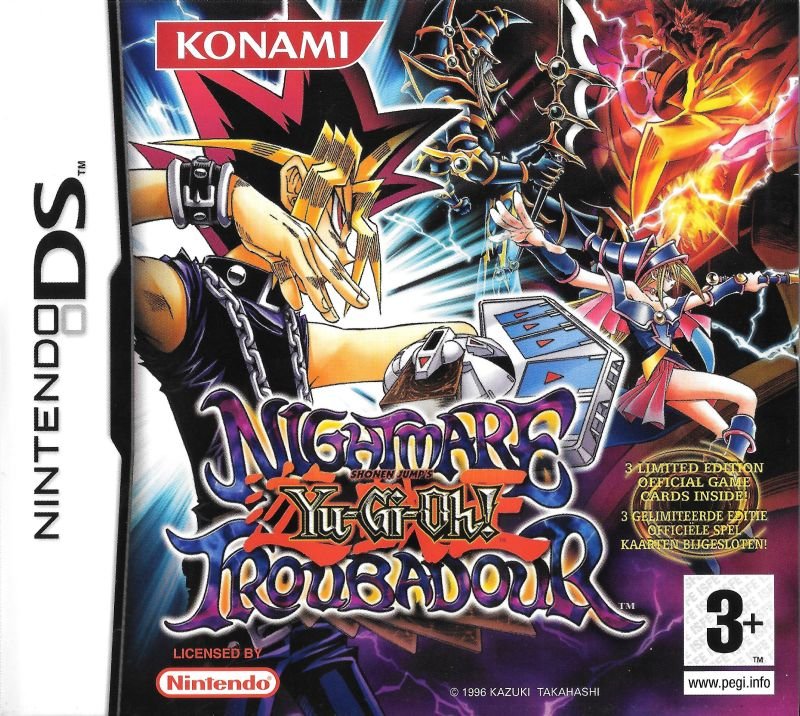 In Yu-Gi-Oh! Nightmare Troubadour, you play as Yuugi. The gameplay consists of exploring areas and finding people to battle with. These battles are fought out through the official ruleset of the Yu-Gi-Oh! card game. The storyline doesn't follow a specific part of the animated series, but instead uses a lot of characters (and their existing decks) as enemies.

The game shows all the cards in full 3D and includes over 1000 cards, including the newest ones when the game was released (2005).

Every puzzle has an answer. 🧩