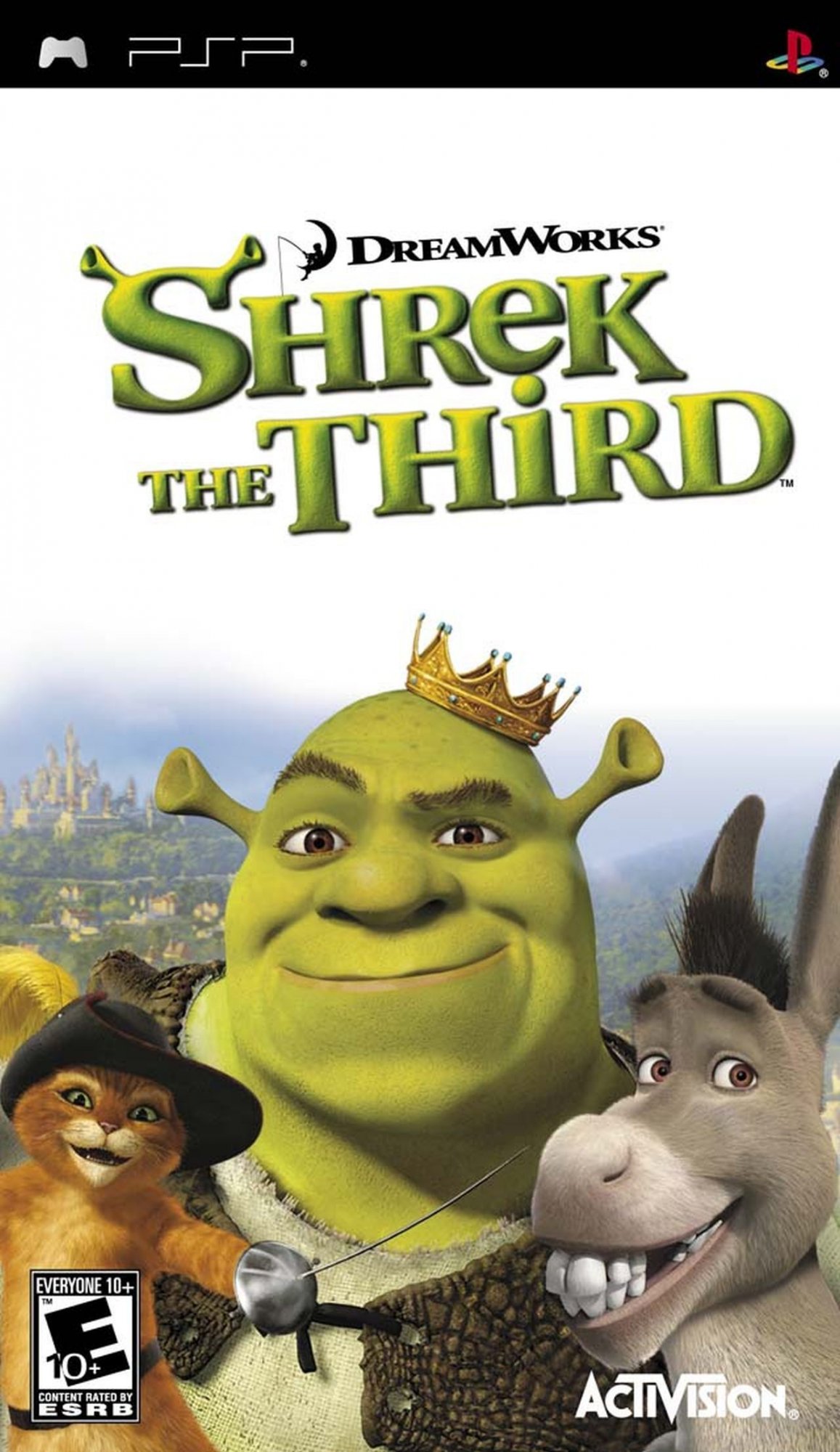 By Perichor : December 11, 2020
The Frog King has died and Shrek has inherited the throne. Since Shrek's not a big fan of this idea, he and his friends journey to the Worcestershire academy to recruit Fiona's cousin, Artie, for the job. Unfortunately, while he's away the dastardly Prince Charming has big plans to take over the kingdom.

SHReK the THiRD is an action-platformer with a heavy emphasis on brawling and humor. With plenty of Prince Charming's goons in his path (including black knights, evil gnomes, a crooning Captain Hook, and giant walking trees), Shrek will have to use all of his abilities to defeat them, find his way home, and pick up some souvenir mugs along the way.

Each level features several quests, lots of collectibles, and funny situations. While most of the levels feature Shrek himself, there are six playable characters in total (Donkey, Puss in Boots, Fiona, Artie, and Sleeping Beauty feature as well), over 20 levels, three big boss battles, and several multiplayer minigames.