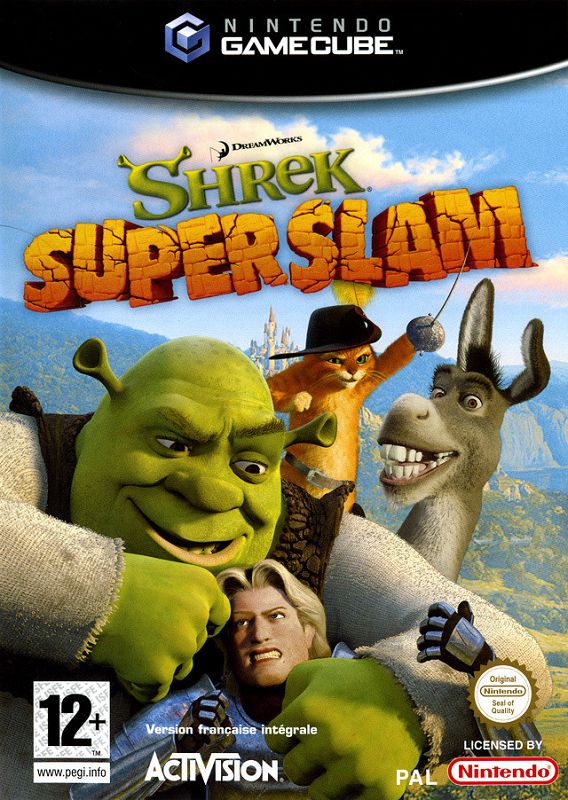 Shrek SuperSlam is an intense brawling game that challenges the wacky characters from the Shrek universe to beat each other up and slam them across a variety of arenas. All the regular Shrek crew is included, such as Shrek, Donkey, Fiona, and Puss n' Boots, along with some newcomers such as Cap'n Hook, the Black Knight, and Quasimodo the Hunchback.

Each character has their own special moves that capture the humor of the franchise (such as Shrek's "Green Storm" gas bombs), and the environments are colorful, filled with odd weapons, and highly destructible.

Players have the option of following a story mode (where Donkey tells his half-breed Donkey kids a strange bedtime story), or just participating in straight-up brawls or minigame-like challenges. Multiplayer, of course, is a big focus on the game, and it allows up to 4 players to slam each other all day long.