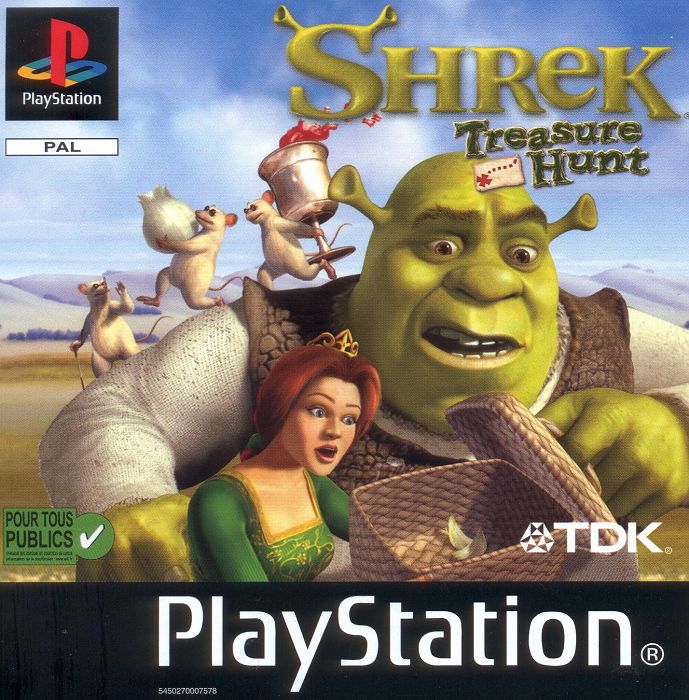 In this game based on characters and settings from the computer-animated film Shrek, players control the titular ogre on a quest to find ten missing picnic items stolen by the Three Blind Mice. The result is an adventure through ten different locales linked together by the swamp. Players guide Shrek from a third-person perspective as they avoid mischievous swamp critters trying to stun them. Each area contains a mini-game that will reveal one of the lost picnic items once completed. The catch? Shrek must first collect a specific number of items to gain access to the mini-game.

Once he finds the items, which range in type from pumpkins to candy, Shrek will be able to compete in an assortment of activities. Tug of War has players pressing the directional pad to move a casket, while Cotton Candy has the ogre swinging his confection in the air to trap six flies. Catch Some Weed Rats involves stomping on ten vermin, and Collect the Armor is a race to gather seven pieces of armor while avoiding the Dragon. Swamp Fishing has players reeling in four fish, while Catch the Three Blind Mice is another pattern matching game.

Catch the Worms involves grabbing ten squiggling annelids, Cross the Rope Bridge consists of jumping over gaps while avoiding fireballs, Knights' Stand has players tossing tomatoes to score ten points, and Swing on Chains has the ogre moving from one chain to the next until he reaches the exit. Once players complete each of the ten activities, Shrek and Princess Fiona will finally be able to have their picnic. Two difficulty levels are available, Easy and Hard, with the latter causing Shrek to lose items each time he is hit by a swamp critter. Progress during the hunt can be saved to a memory card.