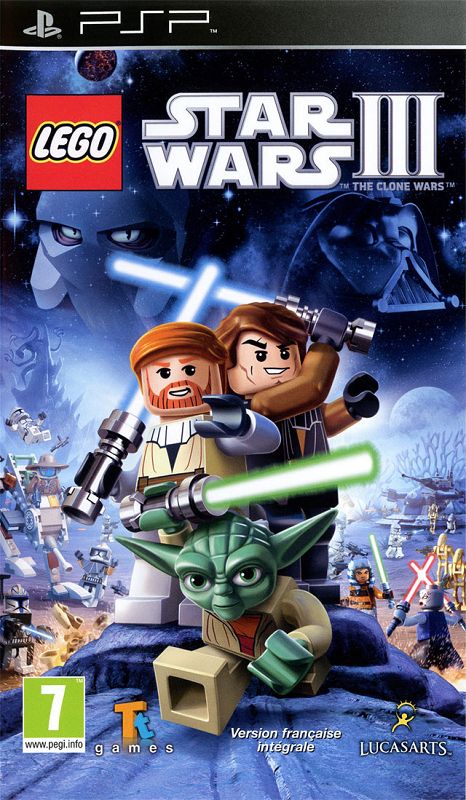 The handheld editions of LEGO Star Wars III: The Clone Wars (the LEGO version of the 2008 CGI-animated TV series of the same name) play similarly to their home console cousins, while still retaining the family-friendly content in the process.

The games offer 13 levels (based around the first and second seasons of the TV series), which mostly consist of the platform puzzle-solving layout as previous LEGO video game efforts (whilst defeating a multitude of droids along the way as well as other familiar foes). Most levels also take place in flight-mode, where players need to carry out several missions e.g. defeating an army of vulture droids. Each level is split into 3 acts (which are then available to play separately as part of Free Play mode).

Unlike previous LEGO Star Wars games, Jedi characters now have the ability to climb walls with their lightsabers, trace shapes and even use the Jedi Force jump to reach further heights. While characters like Obi-Wan Kenobi, Anakin Skywalker and Ahsoka Tano make up the main character lineup for Story mode, additional characters can later be unlocked to unveil hidden minikit pieces and Red Bricks in Free Play.

These versions also contain several minigames including Snowball Fight (where you need to defeat several characters from the Clone Wars universe with snowballs) and Droid Volleyball (playing a volleyball game with R2-D2 and R3-S6), which require a Red Brick to unlock them.