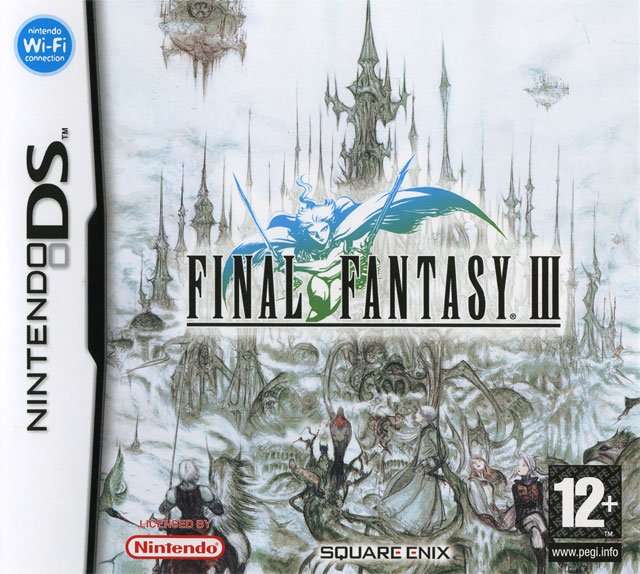 In 2006, Final Fantasy III reached North American shores in an official update/remake for the Nintendo DS, finally bringing all of the main Final Fantasy entries to the United States for the first time.

Raised as an orphan by Nina and Elder Topapa in the village of Ur, Luneth, his shy friend Arc, the rebellious Refia and the brave soldier Ingus are chosen as the Four Warriors of Light to send to restore balance to the crystals, and save the world from imminent destruction.

Taking the original game which debuted on the NES, Square-Enix had updated the title with a new cinematic intro, improved graphics and a touch-screen interface to move characters and utilize selection menus. There is also Moogle Mail, a Wi-Fi feature that allows players to send messages to each other via their DS systems. The game has also some revised story elements, detailing the adventures of four friends who find each other, each with new backstories.

Final Fantasy III is a traditional turn-based RPG, which were popular back in the '80s and '90s, but introduced refinements to the genre, such as smarter battle AI. Final Fantasy III is also known for two major milestones in the history of the series: Its introduction of the cheerful Moogles, as well as the introduction of the job system, allowing characters to switch professions throughout the game for new abilities.