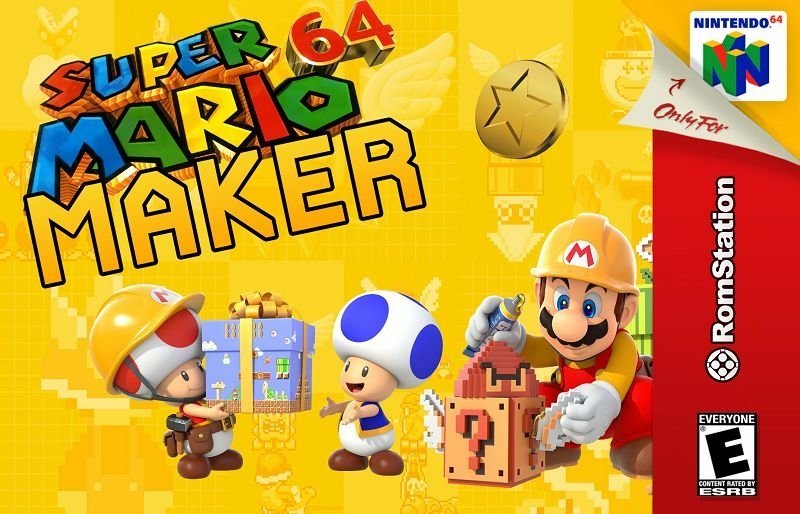 Super Mario 64 Maker (or Super Mario Maker 64) is a ROM Hack made by Kaze Emanuar.

Inspired by the game Super Mario Maker for the Wii U, Super Mario 64 Maker allows players to build and share their own custom Super Mario 64 levels in game (and transfering them using save states).

Starting as a proof of concept that Kaze showed to his viewers on July 11th 2017, the full version of Super Mario 64 Maker was released with an accompanying video 6 days later, on July 17th 2017.

A to select an object

L+A to copy an object

L+B to paste over another one

Cstick left/right to scroll through objects

L+B to drop to ground

L+A to slightly move the object up

Dpad L/R to rotate the object on Y axis