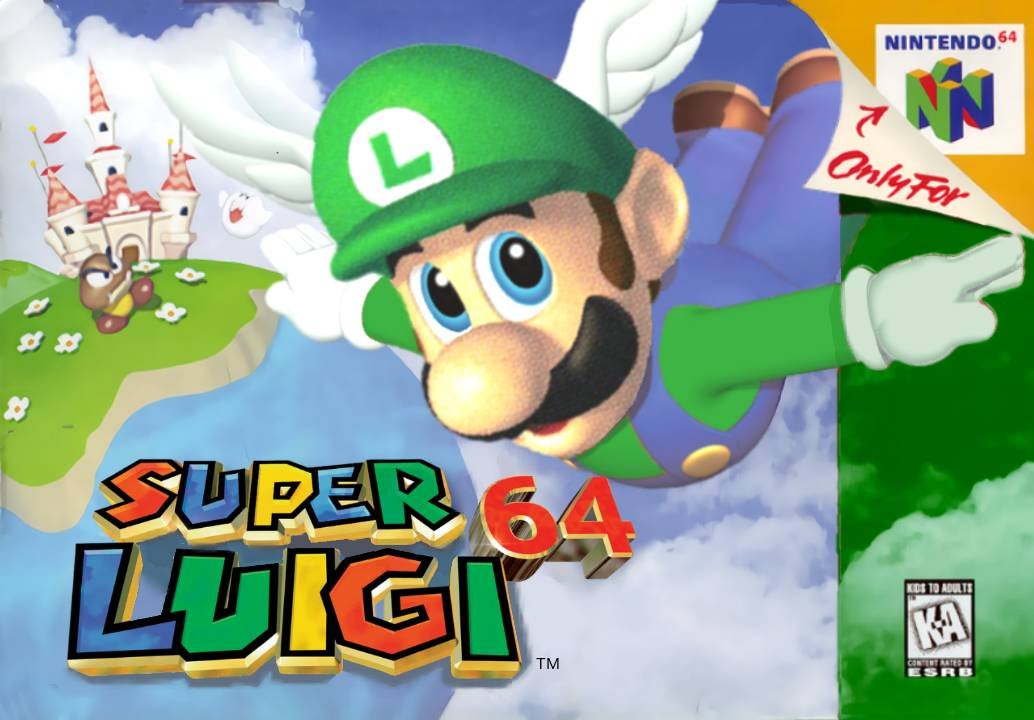 This is a rom hack for Super Mario 64 that lets you play as a Finalized version of the Gigaleak Luigi as the Nintendo developers would have had him in the game in 1996. The prophecy of L is Real 2401 was true, and 24 years + 1 month after Super Mario 64 was released, the official Nintendo model for Luigi was leaked online.

While Cjes made a wonderful Super Luigi 64, King Geoshi Koopshi improved upon it in Super Luigi 64 1.1, and through those efforts True64 brought us Super Luigi 64 2.0, PimpUigi still felt there had simply not been a way to play as Luigi the way Nintendo would have made him in 1996. Meaning before Mario Kart 64, before Super Mario 64 DS, or Luigi's Mansion. What would Nintendo have done with Luigi in Super Mario 64? Well this summer that prophecy gave us our first glimpse of such a thing, and in this updated Super Luigi 64 you will find the official Nintendo model for Luigi! (finalized by the talented and patient Marshivolt)