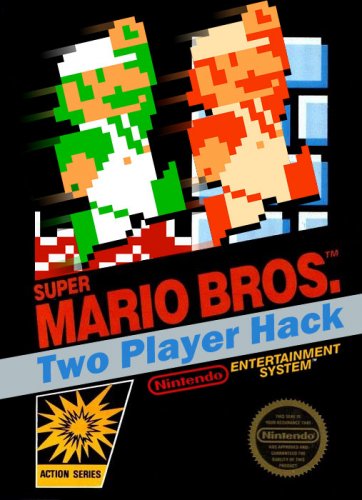 You are not dreaming! It's now possible to play two people on the same screen in the best-selling NES game. This is a hack that adds Luigi, no longer in the background, alternating, but rather alongside his brother Mario wandering between different worlds at the same time. In addition, each have decided to take their coin purse to collect a mountain of money each to gain lives, the brothers will not be giving each other any gifts. However, the brothers are united in a certain case, if one of them dies, they will both start again at the beginning of the level. This is an adventure full of twists and turns.