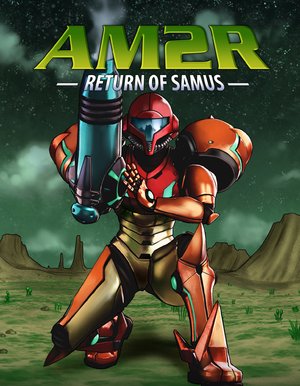 Metroids. The most dangerous species in the galaxy.
One of the most important moments of the Metroid storyline happened in SR388, after a titanic battle between Samus and the mighty Queen Metroid. Memories of that event start to fade... It was long ago.

Project AM2R aims to recreate Metroid 2 with updated graphics and gameplay. Taking elements from newer Metroid titles: the fast paced gameplay of Metroid: Zero Mission, the atmosphere and solitude of Super Metroid, and adding new game mechanics, AM2R is one of the most ambitious Metroid fan games.