The Legend of Zelda : Twilight Princess 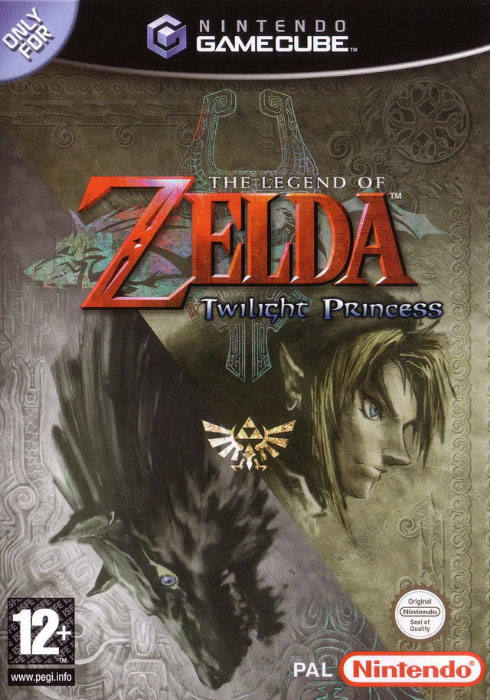 Twilight Princess is the first Legend of Zelda game for the Wii and also the last for GameCube. At first Link is a simple farm boy, whose tasks consist of herding goats to watching children in Ordon village, Link's home town. One day, Link is asked by the mayor to run an errand in Castle Town, but things sudden go wrong…

The land becomes dark, and strange creatures appear from another world called the Twilight Realm, which turns most into ghosts. Link, however, becomes a wolf. After becoming a wolf, Link is aided by Midna, a resident of the Twilight Realm. Midna helps Link find a way to turn human again along with other tasks.

The wolf cannot use a sword or other items. Instead, as a wolf Link must use his senses to solve puzzles and get past obstacles. The beast can also dig holes to find hearts and rupees and to get in places. It can push blocks with its head to climb higher or reveal hidden passageways. Additionally, it can attack enemies by biting or pouncing on them.

As a human, Link can move around quickly, aim his bow, swing his sword, and even fish. Link also collects many different items, which allow him to perform varied attacks and reach places he couldn't before. Link performs many attacks with his sword and can even learn other sword moves.

The game's art is similar to the naturalistic style of Ocarina of Time, rather than the cel-shaded look of The Wind Waker. Chronologically, the game takes place between the two aforementioned titles and quite a few locations from Ocarina of Time can be visited. The main adventure takes place in several provinces with dungeons and temples. With the help of Midna, you can easily travel around quickly later in the game.