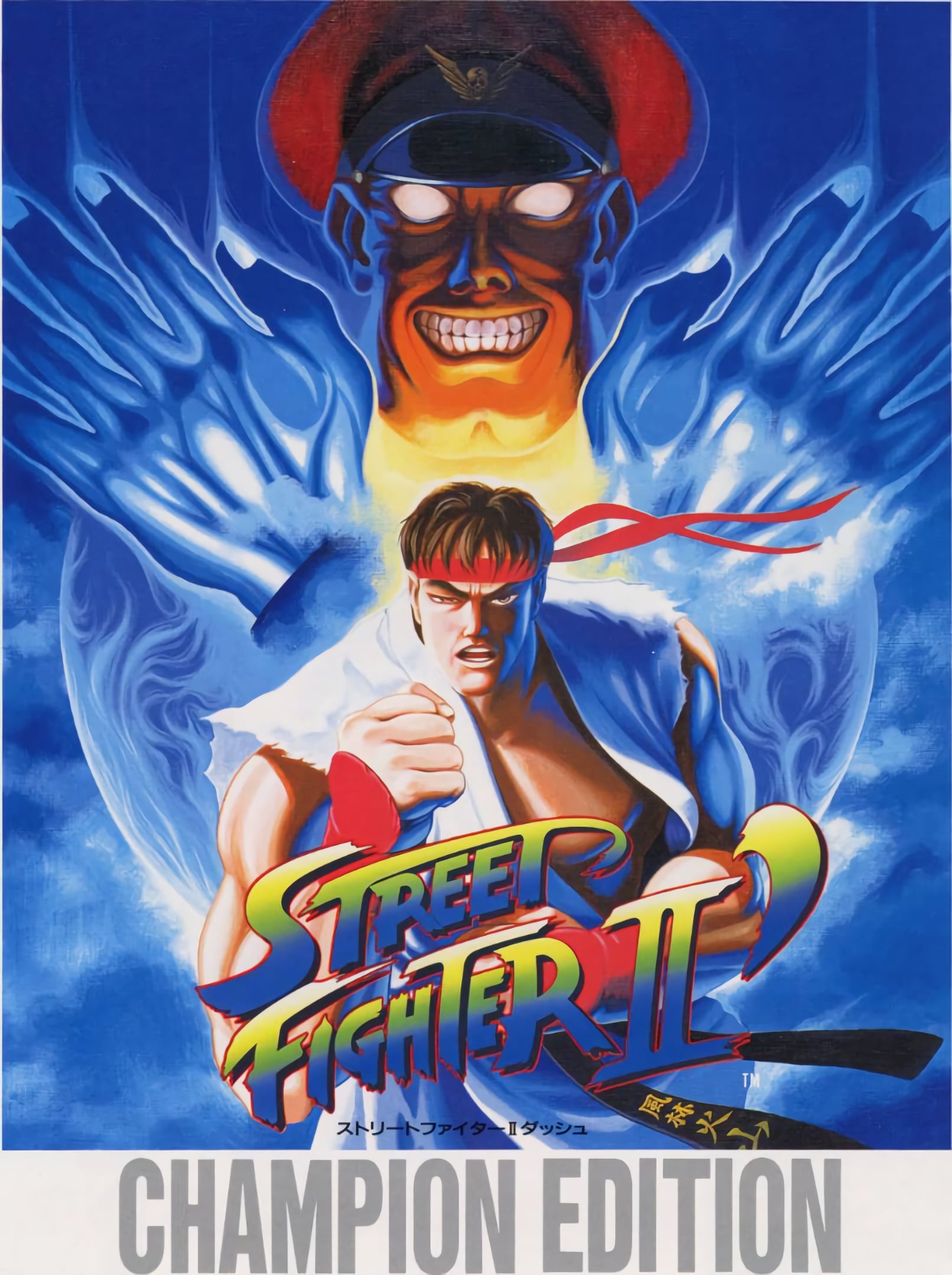 This was the first official sequel to "Street Fighter II - The World Warriors".

New gameplay additions included the ability to play as any of the four boss characters (increasing the playable roster to twelve) and the option for both players to use the same characters in two-player fights - with an alternate colour scheme introduced to distinguish them from each other. Some minor gameplay revisions were also made to balance the characters out.

Additionally, while in "World Warrior" one-player games could last up to ten rounds in the event of there being no clear winner (at which point the game made the player lose by default), in the Champion Edition this was reduced to just four rounds.

daerlnaxe and jojo040278 reacted to this