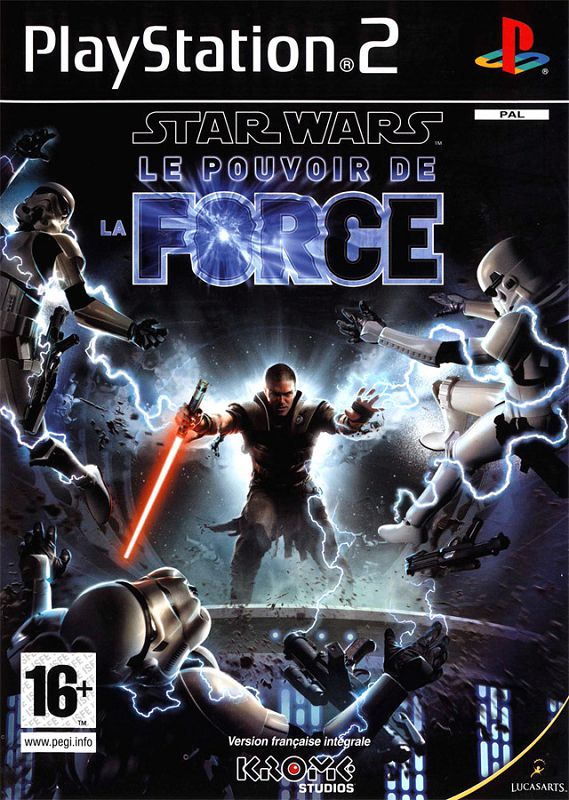 Star Wars: The Force Unleashed gaps the story between Star Wars Episode III: Revenge of the Sith and Star Wars Episode IV: A New Hope, which tells of how the Rebellion was brought to be. The player takes control of a young boy who was discovered by Darth Vader while fighting the boys Jedi father on the planet of Kashyyk. Vader takes the boy as his own secret apprentice, training him to bring down the rest of the surviving Jedi's scattered across the galaxy.

The majority of the game has the player exploring levels, using force powers such as lightning and grip to decimate opponents by throwing them off of high areas, electrocuting them or even using environmental objects to slam them into their opponents as well Force Repulse that can propel enemies backwards. There is also the classic light-saber, slicing opponents up with the ability to change its colors by finding different color crystals throughout the game.

Players can upgrade these powers by destroying enemies, filling up on blue orbs that are left behind to earn points to earn more powerful attacks. More force orbs can be obtained by using flashy and complex on enemies. The player will also encounter bosses towards the end of the levels, ranging from Jedi's to large creatures like a Rancor. To kill these bosses, the player must complete a series of button pressing scenes, like in the God of War games.

This version differs from it's next-gen brethren, only featuring the Havok engine and different level layouts, including a new level that involves the remains of the Jedi Temple as well as story differences (ex: In the first stage of the game the player takes control of Darth Vader, on the PS3 and 360 version, Vader lands in the middle of the day to encounter a Fleet Admiral and fight the Jedi at the end at his hut, while the PS2 version has Vader landing in the night, encounter a Clone Commander and fight the Jedi in an open field, surrounded by wreckage and fires from downed Tie-Fighters).