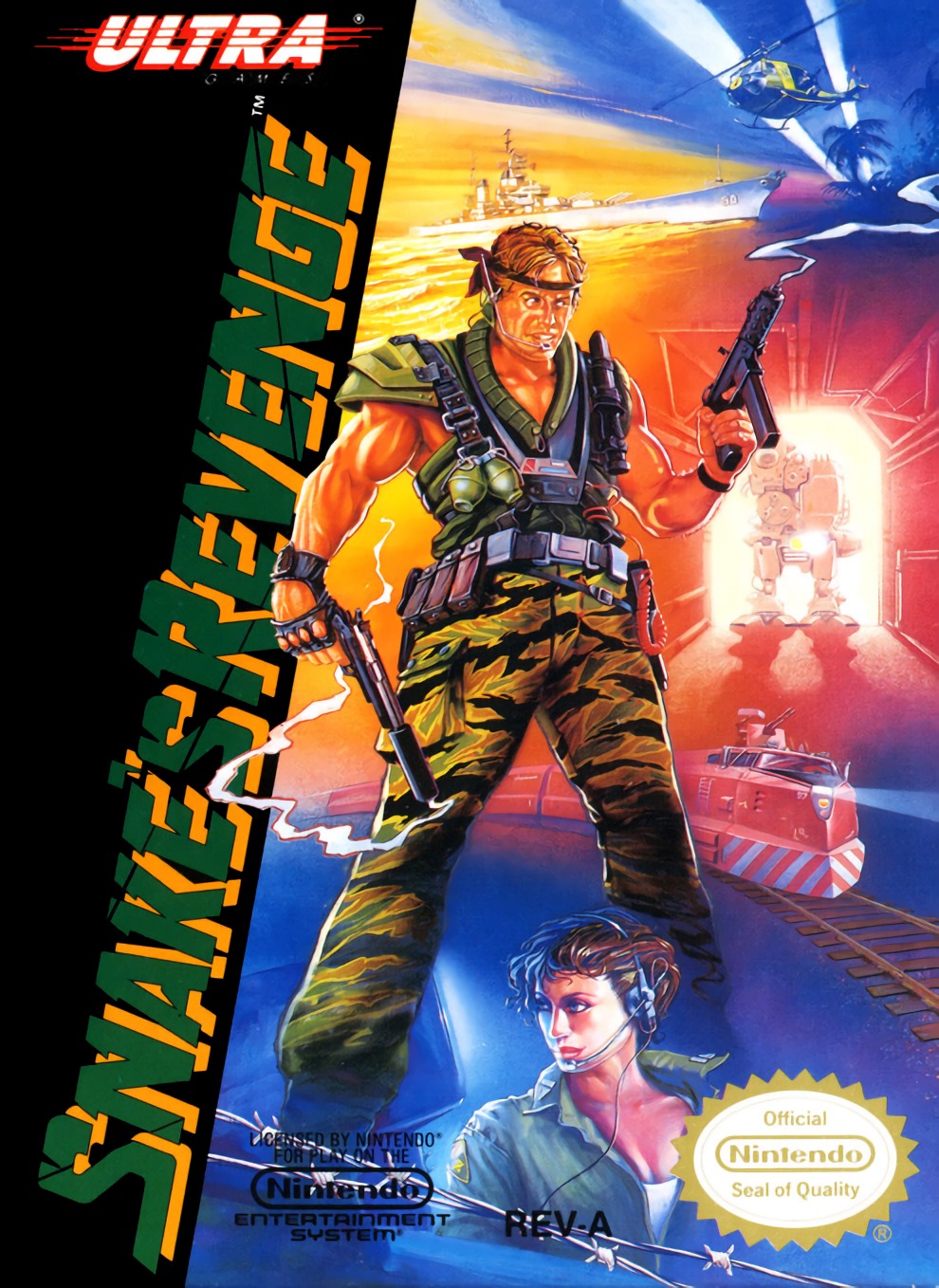 Snake's Revenge is a licensed but non-canon sequel to the original Metal Gear for the NES. Three years has passed since the Outer Heaven incident. FOX-HOUND has gained intelligence that an unknown terrorist group has seized a remote facility containing mass-produced Metal Gear tanks, as well as a new Metal Gear prototype which was under development. The newly-promoted Lt. Solid Snake is called back into action to infiltrate the terrorists' base with the help of two FOX-HOUND rookies, former marine Nick Myer and navy intelligence agent John Turner.

The player once again assume the role of Snake. The objective is similar to the previous game, as the player must avoid any kind of visual contact (even moreso than the first game), while collecting weapons and equipment on-site. There is a greater variety of areas such as a jungle, a warehouse, a train, a couple of prisons and even a cargo ship containing the mass-produced Metal Gears. The player must also overcome new traps such as searchlights, soldiers in gyrocopters, door-sealing devices and even suicide bombers. The player must also interrogate captured enemy officers by injecting them with a truth serum to increase their rank, in addition to saving hostages like in the first game. Side-scrolling areas are also included in addition to the main overhead game, where the game takes a more action-oriented route (while still maintaining the stealth premise).