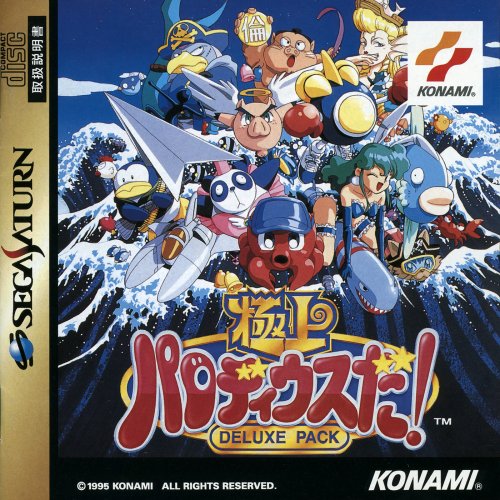 Parodius, known in Japan as Gokujou Parodius Da! Deluxe Pack is a compilation for the Sega Saturn containing the first two arcade Parodius games. It was released for the console in 1995 in Japan and Europe.

Developed and published by Konami, the Parodius franchise is a parody of Konami's successful Gradius fanchise, as well as other Konami-made franchises such as Antarctic Adventure and Twinbee. Both are side-scrolling shoot-'em-ups in which the player pilots various characters with their own set of weapons. The games are filled references to Konami's history, humour and frequently require you to shoot scantily clad women.

The sequel to Gokujou Parodius, Jikkyou Oshaberi Parodius was also released on the Sega Saturn, as was its sequel, Sexy Parodius.