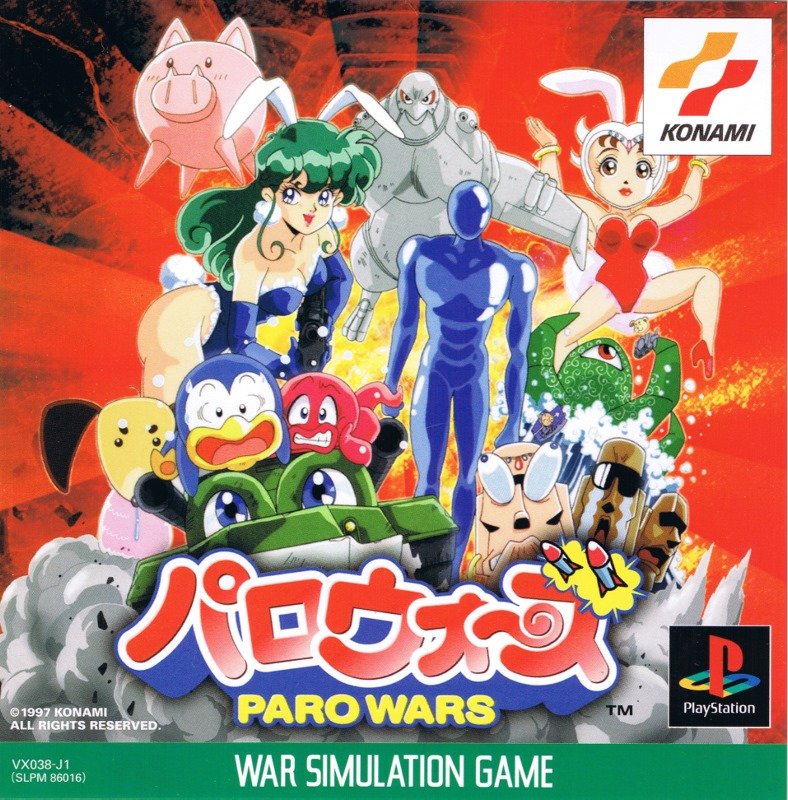 A turn-based strategy game based on the characters of the Parodius shooter series. You take your pick out of 8 classic characters from the Parodius games and pit their unique armies against the other character's in several scenarios in an all-out battle for total supremacy.

Gameplay is divided between strategic phases played in a "world map" from which you build up your army and attempt to take control of several factories that provide the resources needed for unit creation, and tactical turn-based battles in which you deploy your army in hopes of taking over a control zone or similar objective from an opposing player (either human or AI-controlled).

The game uses a combination of 3D backgrounds and 2D sprites for units and characters. As usual for games in the series, the game is filled with bizarre humor and parodies many other Konami franchises.