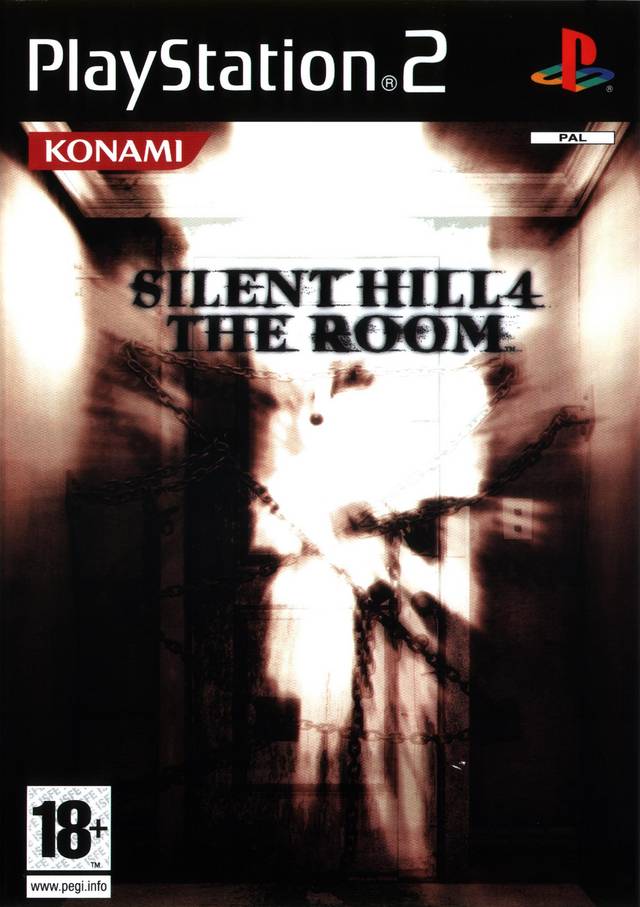 Henry Townshend is a man living in a small apartment in South Ashfield, a neighboring town of the infamous Silent Hill. On one strange night, Henry has a terrible nightmare, with recurring events: his phone is dead, his windows are sealed, and his neighbors can't hear him. He looks at his door, only to see it is blocked by several thick metal chains. A note is pinned to the door: "Don't go out!" It is signed only by a man named Walter. Henry explores his apartment, trying to figure out what is happening, when he spots a giant hole in the wall of his bathroom. Henry goes through the hole, only to find a portal which leads him to alternate dimensions. Hopefully, Henry will find out the truth about his apartment, Room 302, and live.

Silent Hill 4: The Room is similar to past games in terms of atmosphere. The game is dark and foreboding, never letting the player know what's behind the next corner or down the street. This installment of the series includes multiple new features. Henry never actually leaves his apartment: he utilizes a strange portal to travel to alternate dimensions, including a hospital, a cult command center deep in the forest, and a prison. Aside from the traditional third-person-view, there is now a first-person mode, which is used to control Henry when he is in his apartment. Objects that can be interacted with are highlighted by eyeball icons.

The previous games in the series have mostly been about exploring the town and solving puzzles; this installment has much more combat involved. There are more enemies in a given area, and more narrow areas and cramped spaces. Henry mostly uses a standard Silent Hill arsenal of weapons, such as the steel pipe, pistol, and (new to this game) a golf club.