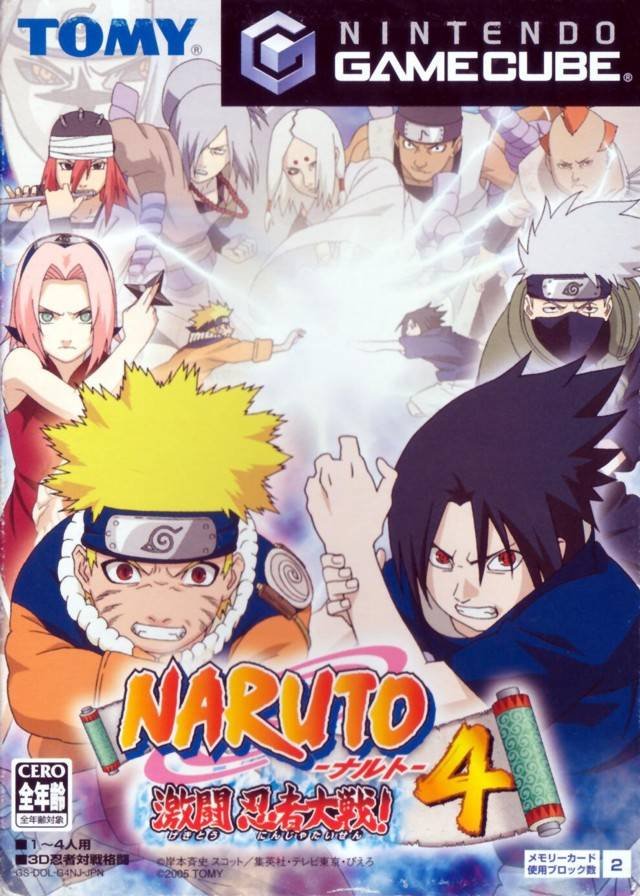 Naruto: Clash of Ninja 4 is the 4th installment in the Naruto: Gekitou Ninja Taisen fighting video game series released in Japan in 2005 as a GameCube video game.