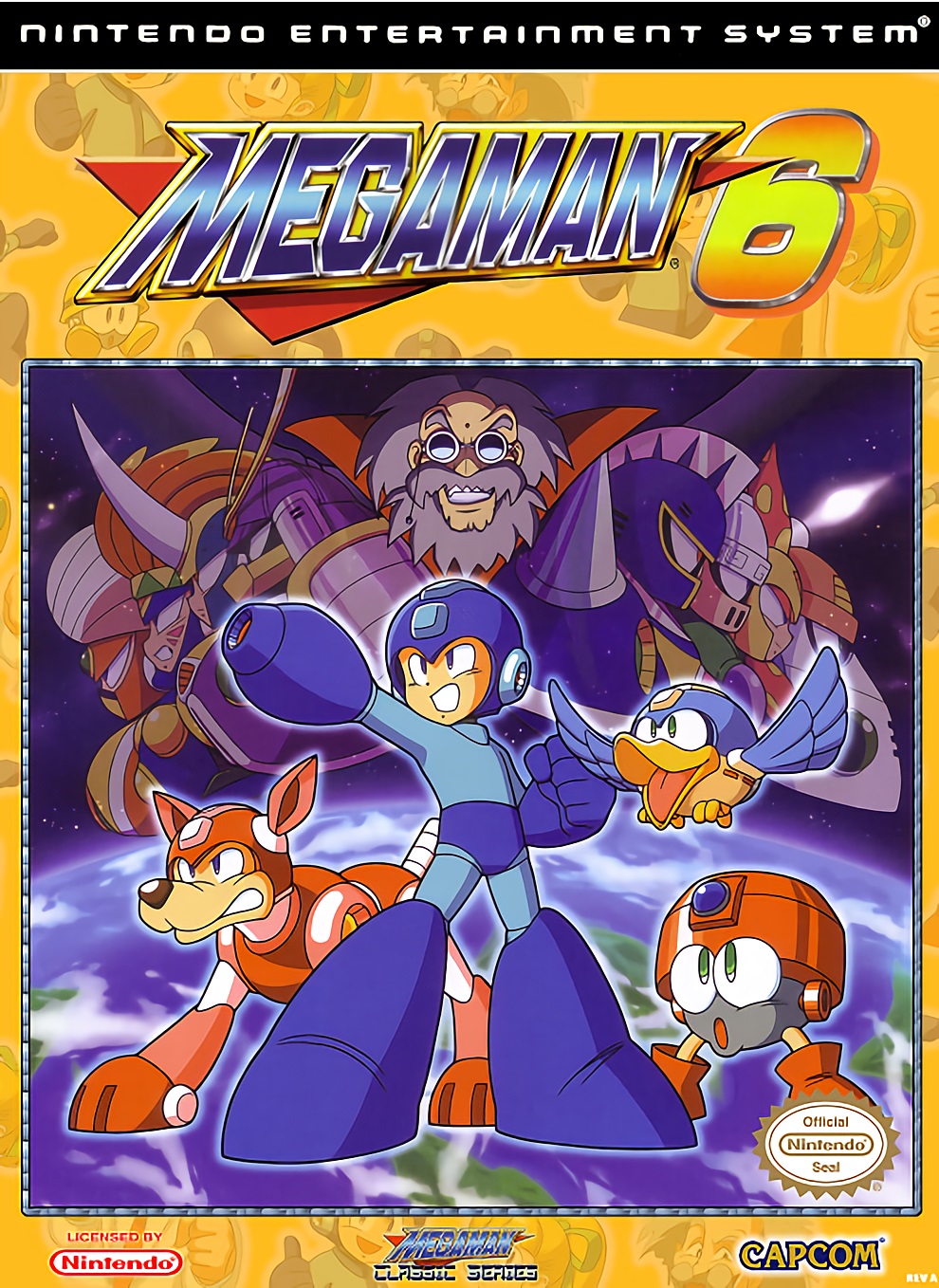 In Mega Man 6, the whole world is alive and buzzing with word of the 1st Annual Robot Design Contest. Hundreds of robot designers from all corners of the globe enter their most powerful robots into the contest in hopes of taking home the ultimate prize. The sponsor of the contest, the mysterious Mr. X, suddenly declares that he has decided on winners...and takes 8 of the Robot Masters for his own purpose...taking over the world!! Mega Man confronts him and demands an explanation, and what Mr. X replies with shocks him. Mr. X declares to Mega Man that he had been using Dr. Wily as a puppet the entire time, and now he would take over the world, and nothing could stand in his way! Mega Man finally decides to stop Mr. X once and for all, and sets off to defeat his 8 new Robot Masters and then the madman himself!

When the arcade game Space Invaders was released in Japan, it caused a shortage of 100 yen coins. 👾