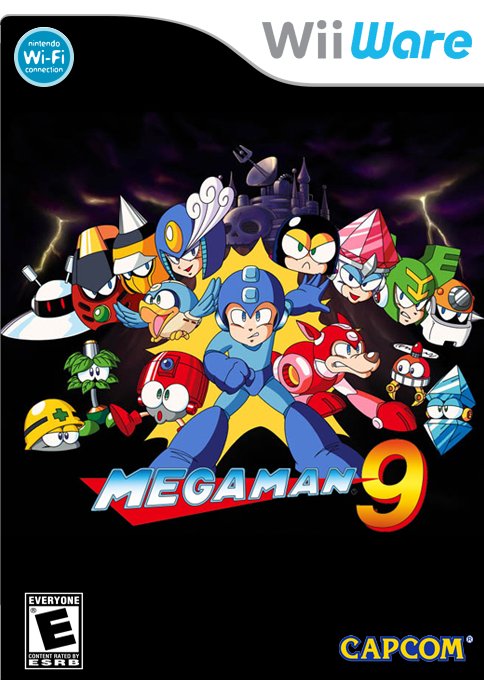 Peace at last in the future...but wait! Robots are rampaging across the cities, and they've been built by...Dr. Light? Dr. Wily insists that he is not to blame, and asks for contributions to his Swiss Bank account to build his own robots to stop Dr. Light's robots and save the world. Mega Man knows that something fishy is up, and sets out to stop these new eight robots himself, and clear his creator's name!

Mega Man 9 comes 11 years after the previous entry, Mega Man 8. Rather than continuing with the detailed look of the previous games, it winds the clock back, creating a visual and audio style similar to the original NES games (including the option of sprite flicker).

As with the previous games, players run, jump and shoot their way through a variety of robots to reach the boss of that stage. Upon defeating the boss, Mega Man gains their weapon for his own use. Mega Man can no longer slide as he could in Mega Man 3, and his charge shot ability from Mega Man 4 has also been removed.

Mega Man 9 features something new to the series, called Challenges. These are a list of tasks set for the player to extend the gameplay. Some are relatively easy, such as defeating a boss using the Mega Buster, while others are much more difficult, such as finishing the game five times in a single day. The game also features a Time Attack mode, where players race against the clock.