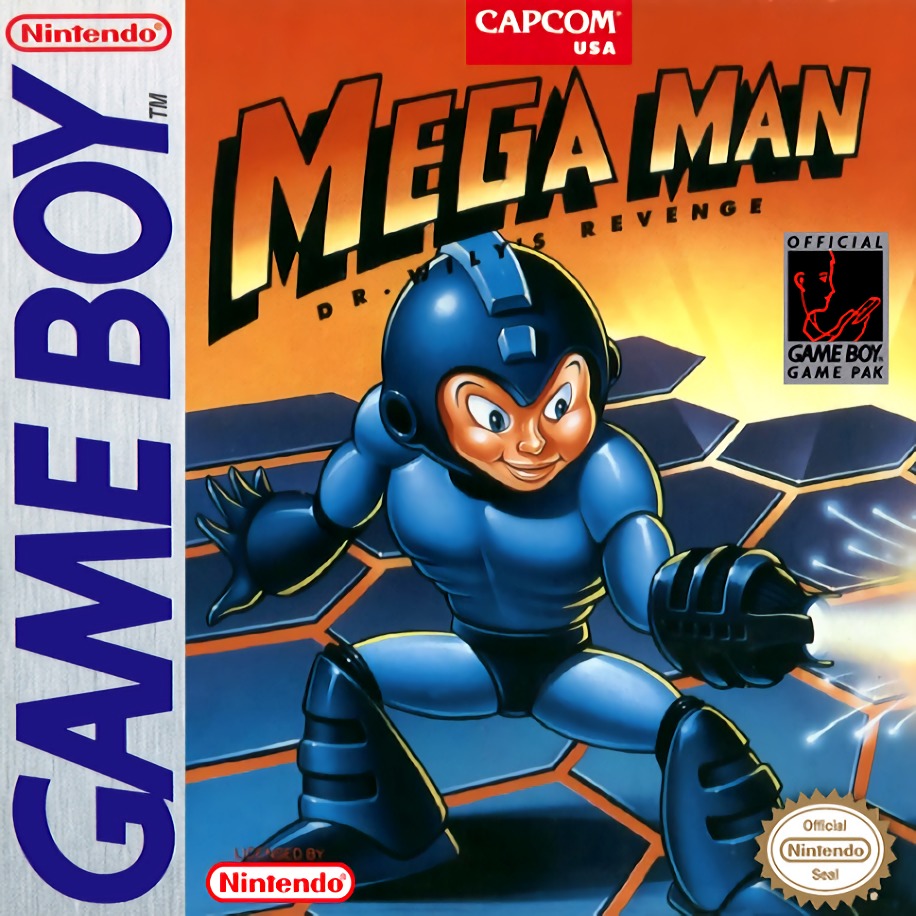 Mega Man is the robot creation of Dr. Light, whose sworn archenemy Dr. Wily spends innumerable games trying to cause trouble with his own odd robots. As Mega Man, you run and jump through futuristic levels, shooting baddies with your blaster, and defeat each of Dr. Wily's Robot Masters. When you defeat them, you can take their ability as your own, which can provide an advantage against other types of evil robots.

In this Game Boy version, Mega Man must fight against Ice Man, Electric Man, Cut Man, and Fire Man. After he defeats those four he battles Quick Man, Heat Man, Bubble Man, and Flash Man. And after that, there's Dr. Wily's Space Node. That sounds like a lot, but passwords will save your progress, if you make it past certain milestones.