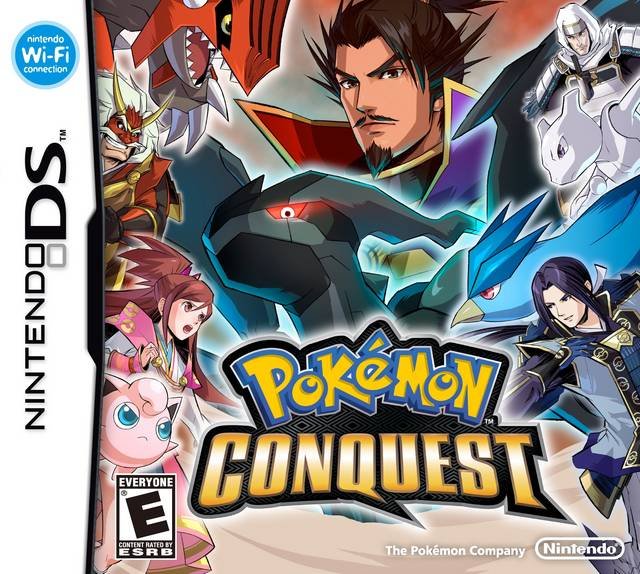 Pokémon Conquest is a combination of the Pokémon and Nobunaga's Ambition series. In the Ransei region, feudal warlords and Pokémon live together. The goal of the game is to conquer the territories of Ransei, accompanied by Eevee, meeting, battling and joining forces with other warlords and warriors and their Pokémon in order to unify the land. The battle are fought in the form of tactical RPG Pokémon fights. Each Pokémon has its own unique abilities and movement capacities (such as walking on lava for fire types, etc.) to use in the battlefield.

Many Pokémon from the five first generations, as well as characters who appear in the Samurai Warriors series make their appearance as the game's warlords, warriors and their companions.