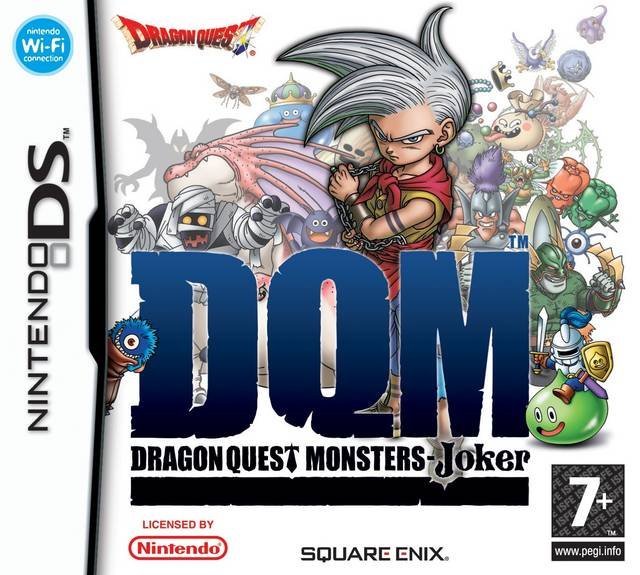 In Monsters: Joker, you play an aspiring monster tournament competitor. The goal is to recruit and train a team of monsters powerful enough to win the Monster Tournament of the Granpool Archipelago.

The game uses the same combat engine as Dragon Quest VIII, turn-based where commands are issued, and then the game shows the results in 3D.

There are many monsters spread over 8 families so it is up to the player to find a combination that takes into account the strengths and weaknesses of the monsters. The player's character also doesn't fight directly in the battles, but aids the monster team with potions and other power ups.

Nintendo Wi-Fi Connection is also used to fight a battle vs AI opponents ranked similar to the players monsters, however this can only be done once per day so the daily rewards aren't over collected.