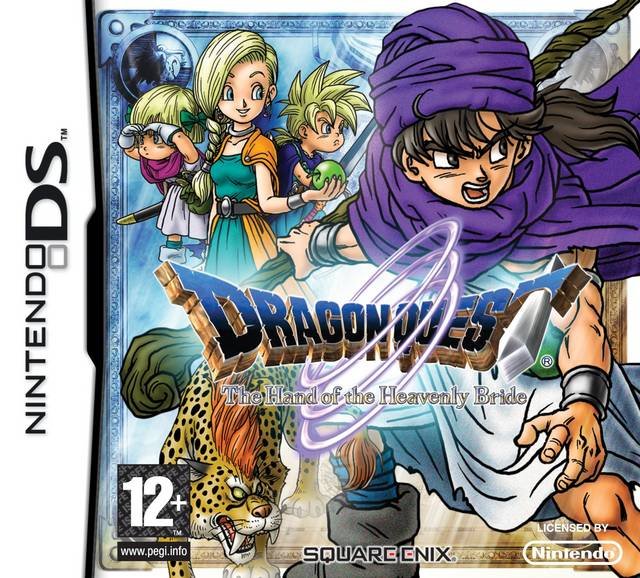 Hand of the Heavenly Bride is the second remake of the original version of Dragon Quest V, and is largely based on the Playstation 2 remake with its enhanced gameplay and 3D graphics with camera rotation, though lacking its physical interactivity features and toning down the graphics.

This version adds several new features, such as improved interface (with pictures of the heroes' faces in menus, which were absent in both previous versions), the ability to converse with the party members at any point, and some enhancements to the story, the most notable of which is an introduction of a new young woman the hero can marry (in additions to two others in the previous versions).

This is also the first version of Dragon Quest V with an official English translation. Some people and town names were changed in the English language versions to sound more similar to real names in European languages.