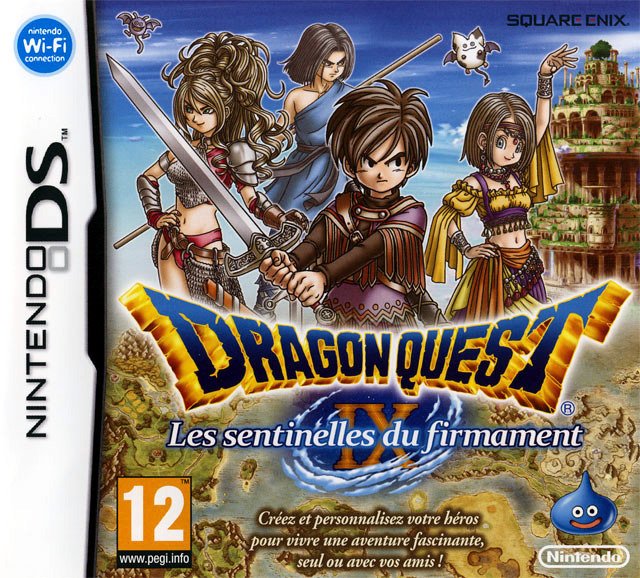 Tasked with protecting a village, the player character along with other angels (celestials) are attempting to reach God's land. By helping and protecting his town and earning their thanks, the main character obtains enough benevolence for the World Tree to produce the Goddess Fruit. This fruit is the only sure way to enter God's land. Things don't go according to plan, taking the player into the adventure proper.

Dragon Quest IX marks a number of firsts for the series: it is the first title to be initially launched for a handheld system and to have no real random encounters (unless travelling over sea). Instead the player can see the enemies on the map. Even though the game isn't the first main series title in 3D, for the first time all equipable items are visible on the characters models at all times.

Furthermore, the game was created with the intent of having a multiplayer focus: players can bring their adventurers into their friends' worlds via wireless connection to play alongside them and even swap copies of their heroes which may bring special items like treasure maps with them. There's also downloadable content available through Wi Fi, like new items and quests.

Similar to previous titles, combat is turn-based, where the player selects tasks for each of the characters: attack, use item, cast a spell etc. Like in Dragon Quest III, all party members are created by the player; unlike the hero, they don't fulfil specific roles in the narrative and may be swapped at a special service available at inns.