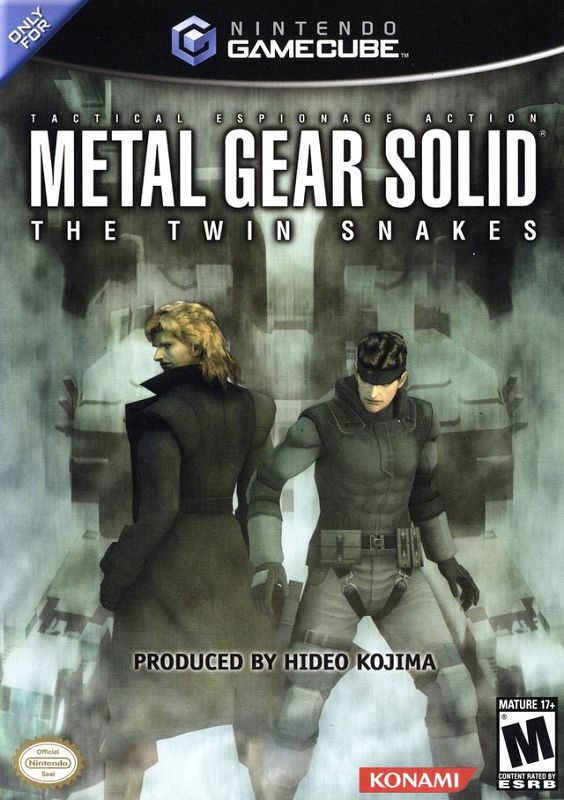 The Twin Snakes is a remake of the 1998 tactical espionage action game Metal Gear Solid.

The remake has the same story and dialogues as the original (although voice-overs were re-recorded for this release). The locations in the game also remained the same, but the graphics were updated to look equal in quality to contemporary games. Gameplay was also enhanced, featuring the additions that first appeared in Metal Gear Solid 2. Snake can now roll, hang from ledges, hide in lockers, drag guards' bodies away, as well as aim and shoot from first-person view. New weapons from Metal Gear Solid 2 (such as tranquilizer gun) are also present.

Another noticeable change is in the game's cutscenes. Directed by the Japanese action movie director Ryuhei Kitamura, the cutscenes have been re-worked, featuring dramatic techniques used in action movies, such as slow motion and other effects.