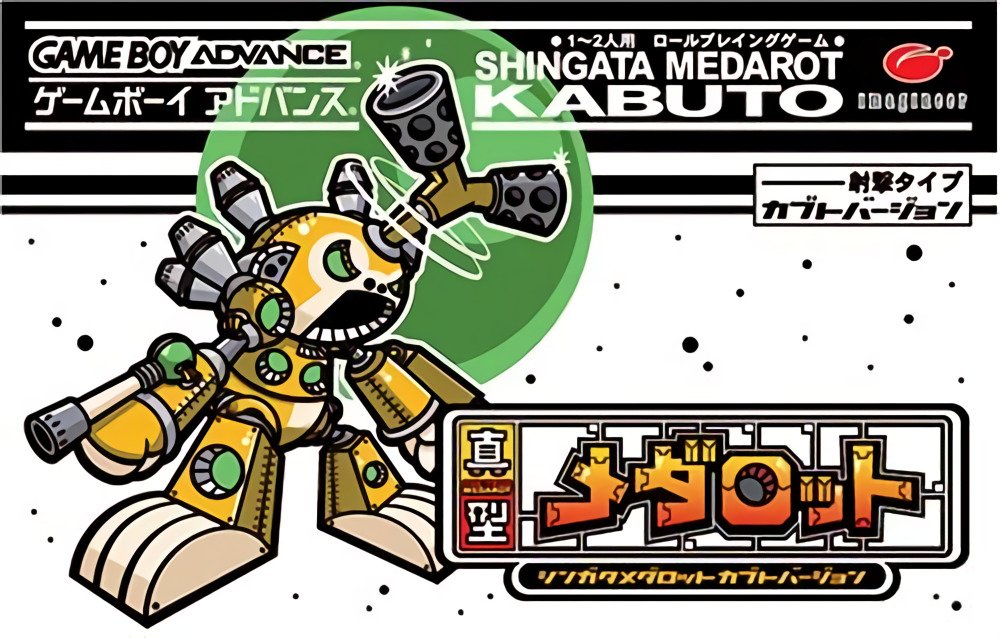 By GambierBae : March 26, 2021
Shingata Medarot is an RPG released in 2004 for the Game Boy Advance. It was the first game in the series to be published by Rocket Company, and the last game to be released before the series went on hiatus until 2010.

The game features a unique cartoon-like art style by Kitazawa Naoki, which proved to be highly unpopular with Medarot fans at the time. The events of the game closely mirror Medarot 1, such that it could be considered a remake with a different cast of characters.

The title is a play on "shingata" (New Model), with a letter replaced to make it "True Model". The logo features the English subtitle "The True Medarot". Like the other games, it was released in Kabuto and Kuwagata versions, where the player starts with a KBT Medarot (Beet) or KWG Medarot (Cervo) respectively.