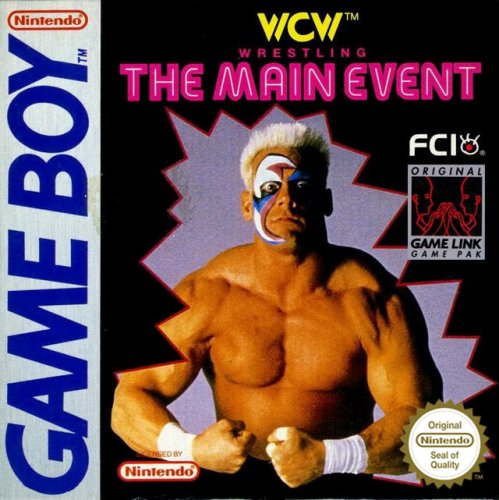 By Perichor : December 22, 2020
WCW: The Main Event is one of the many wrestling games produced back in the day, this one featuring the license of WCW (World Championship Wrestling) along with nine of it's top wrestlers, each with their own strengths, weaknesses and unique finishing maneuvers. These nine wrestlers consist of Rick Rude, Ron Simmons, Steve Austin, Sting, Dustin Rhodes, Johnny B. Badd, Big Van Vader and The Steiner Brothers (Rick & Scott).

The gameplay is similar to the many others with a side scrolling look where players can either punch or kick their opponents or climb the ropes and perform a flying maneuver to decimate their opponents. Players also can use their signature move once it has become available to use against their opponent in an attempt to win the match.

Players can either compete in a single exhibition match or compete in an Elimination match where they face off against each wrestler in succession for a chance to become WCW World Heavyweight Champion. There is also two-player capabilities utilizing the Game Boy Link Cable.