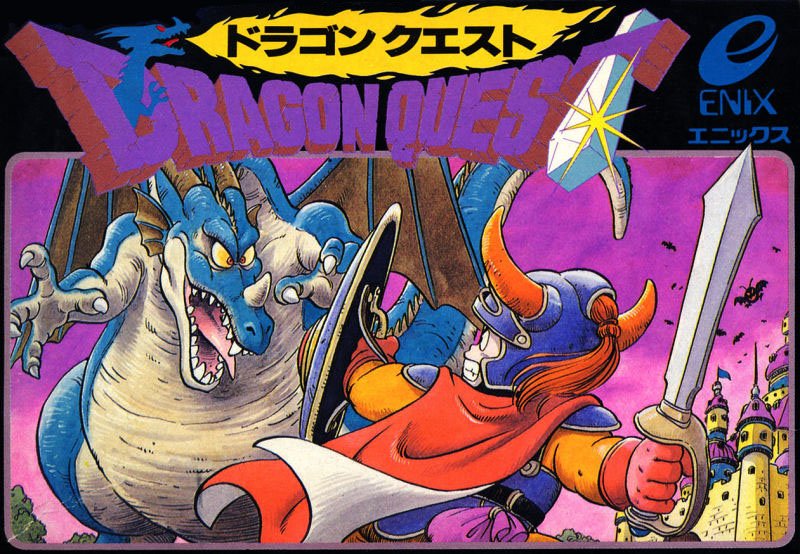 Once upon a time, the Balls of Light illuminated the kingdom of Alefgard, keeping its winters short and sustaining its peace. However, a man who could tame dragons and hence known as a Dragonlord, became corrupted by his magical studies. He attacked the Tantegel Castle and stole the Balls of Light, causing monsters to roam the land. A valiant hero named Erdrick, who had obtained the Balls of Light for the kingdom in the first place, attempted to defeat the Dragonlord and disappeared without trace. Many years later, during the reign of King Lorik XVI, the Dragonlord abducted Princess Gwaelin, carrying her to Castle Charlock. One day, a knight appears in front of the king, claiming to the be the descendant of Erdrick. He is entrusted with the mission to vanquish the Dragonlord, as the prophet Mahetta has predicted.

Though not the first role-playing game developed by a Japanese company, Dragon Warrior is considered one of the progenitors of the Japanese RPG genre, and the first to appear on a home console. The player navigates a lone pre-made protagonist on a top-down overworld, accessing locations represented by icons, similarly to early Ultima games. As opposed to most other RPGs of the time, dungeons are viewed from an overhead perspective as well. In cities and palaces it is possible to talk to people, rest in inns and buy weapons, armor and items in shops.

When wandering around in the wilderness or through dungeons, the player character encounters randomly appearing enemies. Combat is turn-based, with the player selecting menu options while fighting. It is possible to attack with the equipped weapon, cast one of the few available spells (using up some of the magic energy), use an item, or try to run. All the battles in the game are exclusively one-on-one. Killing monsters yields experience, and the player character's attributes improve automatically when he levels up.

With the exception of the final location, the entire game world is theoretically open for exploration from the beginning. However, the enemies become increasingly tough as the player character attempts to move away from the starting town, effectively limiting him to confined areas determined by his level. The hero has limited hit points, loses them when attacked by enemies, and dies when he runs out of them, at which point he is automatically restored in a nearby town. It is possible to save the game only by talking to the king in the initial castle.