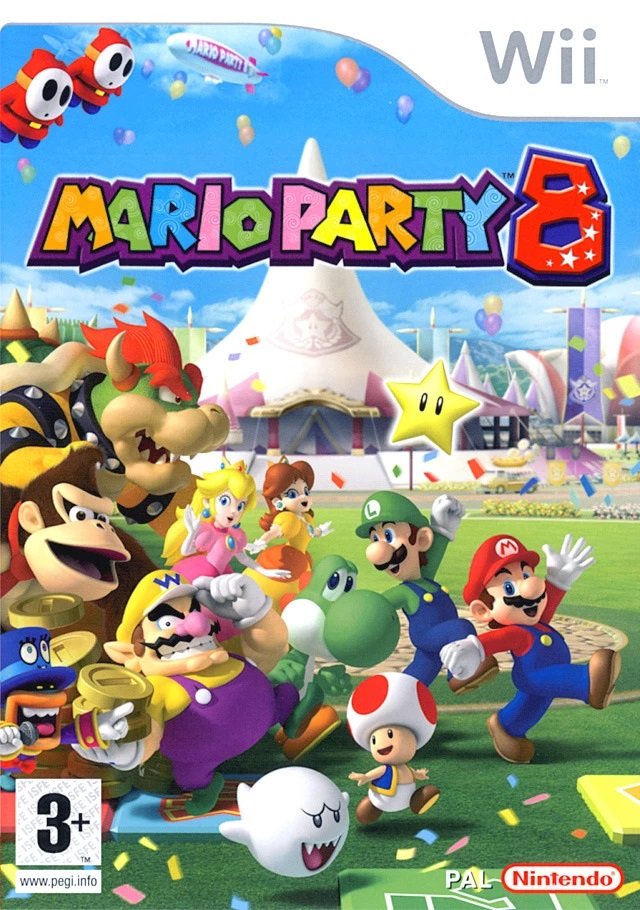 Mario and friends are invited to the Star Carnival. Of course, they are thrilled to join. Whoever wins the main event, the Star Battle, receives a year's supply of candy. To win they must play through board games against each other. Mario and pals can also choose to play a more traditional party (much like other Mario Party games).

In the first Mario Party game for Wii, the basic rules are the same: players still compete to win stars. However, the mini-games have been completely revamped to take advantage of the Wii remote. For example, some have players point the remote at the screen to shoot guns or other such things. Other mini-games use the motion sensor to shake soda cans, cut logs in half, hammer nails in place, paint, fly planes, drive cars, etc. There are still others that are played more traditionally by holding the Wii remote on its side and using the control pad to move and the buttons to perform actions, such as jumping and/or punching.

Players can choose between five different modes: Party Tent, Star Battle, Mini-games, Extras Zone, or Fun Bazaar. In Party Tent mode, players play on boards with a choice between battle royales, teams, or duels. In a Battle Royale, people compete for stars: the winner is determined by number of stars and/or coins after a certain amount of turns. In Team Battle, players split off into teams. And in a duel, two players compete against each other.

Star Battle is basically a duel on each board against different characters (for one player). The player wins each board by completing a certain task. For instance, the player must collect so many stars on some boards. For other boards, he or she has to get to the star with a certain amount of coins.