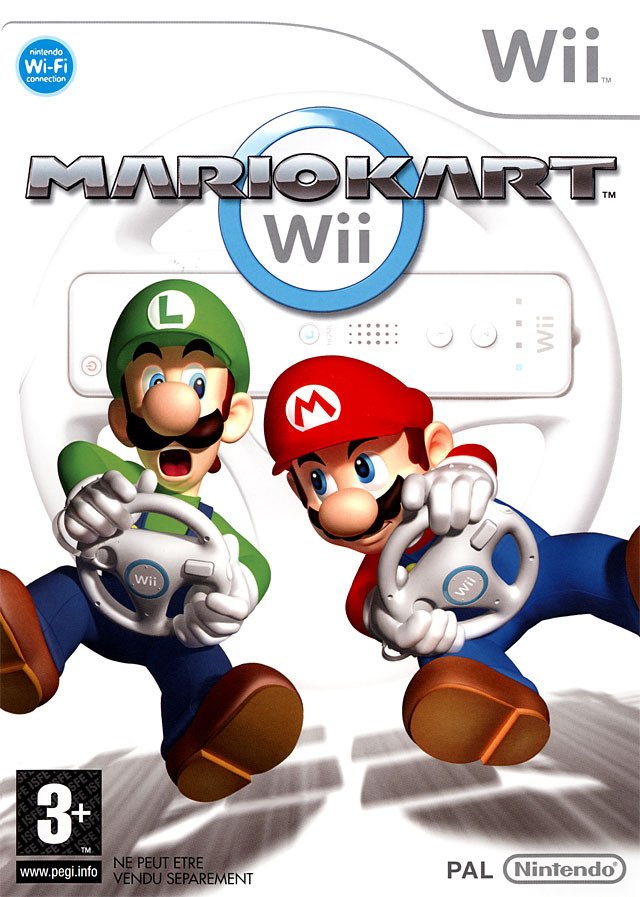 Like its previous installments, Mario Kart Wii incorporates playable characters from the Mario series, who participate in races on over 30 different race tracks using specialized items to hinder opponents or gain advantages. The game features multiple single-player and multiplayer game modes including a four-person split screen. Online multiplayer was supported until the discontinuation of Nintendo Wi-Fi Connection in May 2014.[3] Mario Kart Wii uses the Wii Remote's motion-sensing to provide intuitive and conventional steering controls; each copy of the game is bundled with the Wii Wheel accessory to augment this feature.

The game received positive reviews upon release, with praise for the online mode, characters, gameplay, tracks and karts, although there was criticism for its item balancing. It is one of the best-selling video games of all time with over 37 million copies sold and is the second best-selling game for the Wii behind Wii Sports.