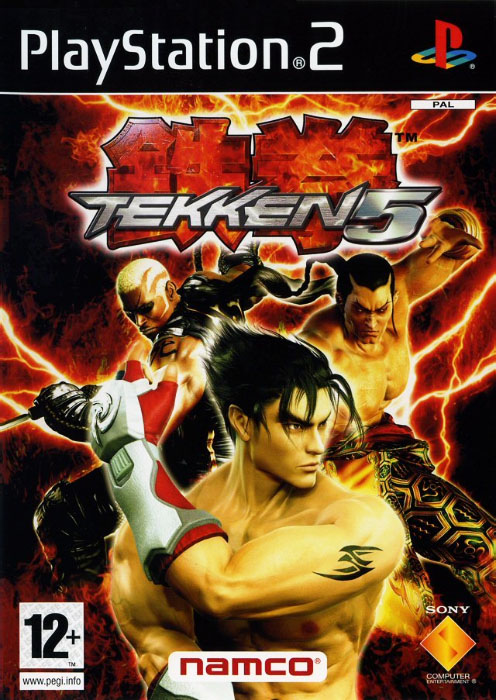 The mysterious G Corporation launches a full-scale attack involving military helicopters and combat cyborgs on the building Heihachi and Kazuya Mishima were in during the final scene of the previous game. Kazuya betrays his father and escapes, while Heihachi is presumably killed. However, the Mishima Zaibatsu continues operating as usual under undisclosed leadership. When the fifth King of the Iron Fist tournament is announced, both Kazuya and his son Jin enter in in an attempt to solve the mystery.

Tekken 5 is a versus fighting game that reduces the unusual stage design elements introduced in its immediate predecessor, thus resembling earlier installments. Five new characters join the growing regular cast, and the special modes from the previous games return, with the addition of a platforming ("Devil Within") and fighting minigames starring Jin Kazama in a sub-story of his own. Also new to the series is the ability to customize the characters with colored outfits, additional costumes, and items that can be bought with money gained in the fights and equipped.