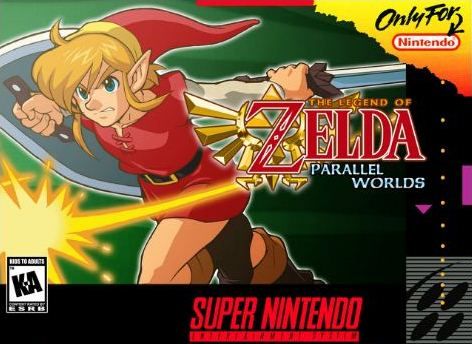 Parallel Remodel is a remodeled version of the famous Zelda3 hack Parallel Worlds, that we all know as an extremely difficult game. Parallel Worlds is altogether a great technological marvel, with new gfx, various asm patches, completely new overworld and dungeons etc. It has the potential of being even better than Alttp, but the gameplay is somewhat too radical. The backtracking was (in not so rare occasions) escalated to the extreme, the same goes for the health of some enemies. Some intellectual problems in the dark world dungeons are algorithm marvels: sure this is a good thing for math (Euclid really fits his nickname), but this is not a good thing for the player, who can easily give up.

Thus the idea of a remodel was born and was approved by SePH. Parallel Remodel therefore brings the difficulty to normal: backtracking was reduced almost to zero, algorithm problems were replaced, various semi bosses were reduced, special stunts like bomb jumping etc were removed, dark rooms are now lit etc.

Parallel Remodel is a game that’s fair to the player and doesn’t want to force any super tricks, stunts or logic to finish the game, while still having a decent difficulty. It makes Parallel Worlds enjoyable. You don’t have to use save states or cheats to finish the game. You don’t have to be a veteran or a super player either. You will not be frustrated while playing.