The Legend of Zelda : Mystery of Solarus DX 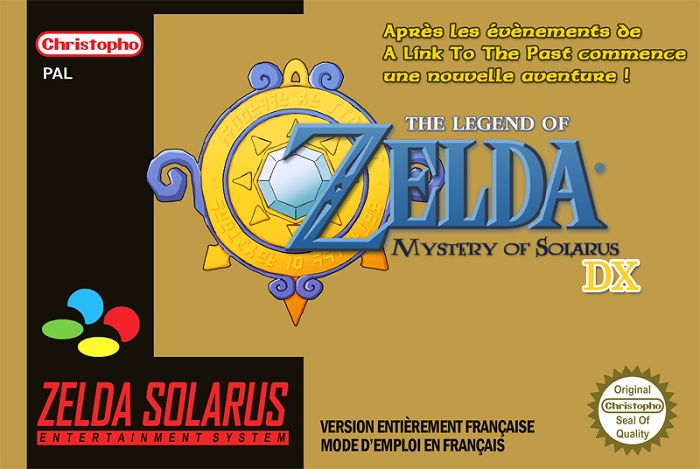 Zelda: Mystery of Solarus DX is actually an enhanced remake of a first creation, Zelda: Mystery of Solarus. This first creation, developed with RPG Maker 2000, was released in 2002 and was only available in French. The DX project was unveiled on April 1st, 2008. Its objectives are to correct the many flaws of its predecessor: the battle system, the bosses, the use of items, etc.

However, that is hardly all of it as new graphical elements and musics will accompany you throughout the game. This Deluxe version will be the opportunity for players to relive the adventure in a brand new way, or to discover it for the first time if you?ve never played it before!