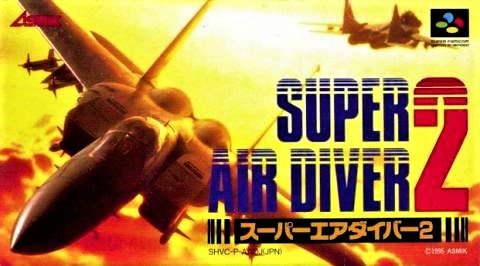 As its name suggests, Super Air Diver 2 is the sequel to Super Air Driver released in 1993 exclusively on Super Nintendo.
It is still a fighter aircraft combat simulation game or Dogfight.

You will have to move your devices to intercept enemy attacks using a wargame-style map.
If you find yourself on the same space as the latter, the aerial combat begins, and if an ally is on an adjacent card, he will fight alongside you.
To eliminate your enemies, you will have at your disposal four planes, each with its own characteristics and weapons.

Mode-7 is even better exploited than in the first opus, but this time a split-screen duel mode also appears to face another player, and you will have the possibility to choose from three difficulty levels.