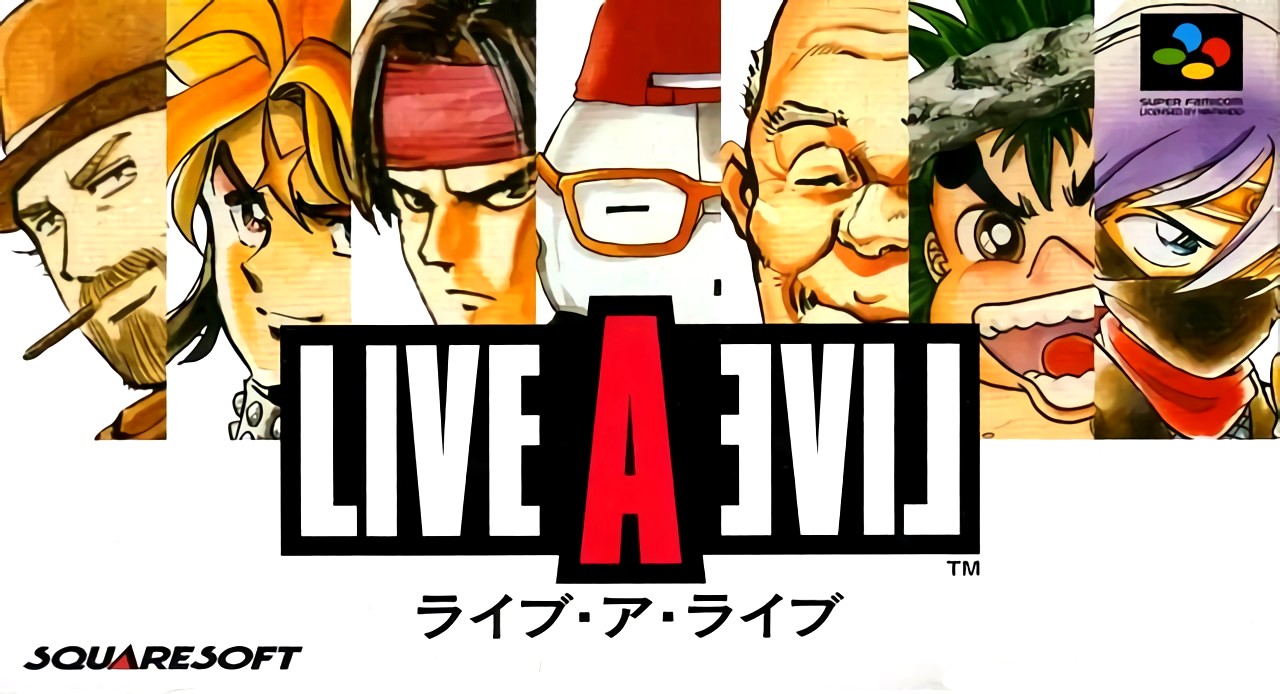 These stories appear to have no common points at first; each one has its own protagonists and goals: the prehistoric chapter is dedicated to love and friendship that existed before humans invented language; the Chinese chapter is a tale of an old master who must choose a perfect apprentice; the Japanese (Bakumatsu period) episode stars a ninja that infiltrates a warlord's castle; the Old West scenario is a classic tale of rivalry and revenge; modern-day story is a simple recounting of a fighting tournament; near future chapter deals with urban life and psychic abilities; finally, the space episode is a horror story in which a robot must investigate mysterious deaths of the crew members.

The player can choose to play the scenarios in any order, but must complete them all in order to unlock the eighth scenario, and eventually the final chapter - both of which explain the connections between the separate stories and deliver the grand finale.

The main gameplay system in Live a Live is that of a Japanese-style role-playing game with turn-based battles. Unlike most games of its kind, the battles take place on a single-screen field, on which the player can freely navigate the characters. Positioning the characters is crucial in many battles, as enemy attacks often have area effects; weapon range also plays a role in combat.

The chapters may vary drastically in gameplay. For example, the ninja chapter is mostly based on stealth; finding ways to avoid the enemies is preferable to engaging them in battles. The near future chapter features mind-reading and other puzzle-solving elements. The sci-fi chapter is unique gameplay-wise, having no battles at all, the gameplay focusing entirely on exploration and gradually solving the mystery.