Shrek: Hassle at the Castle 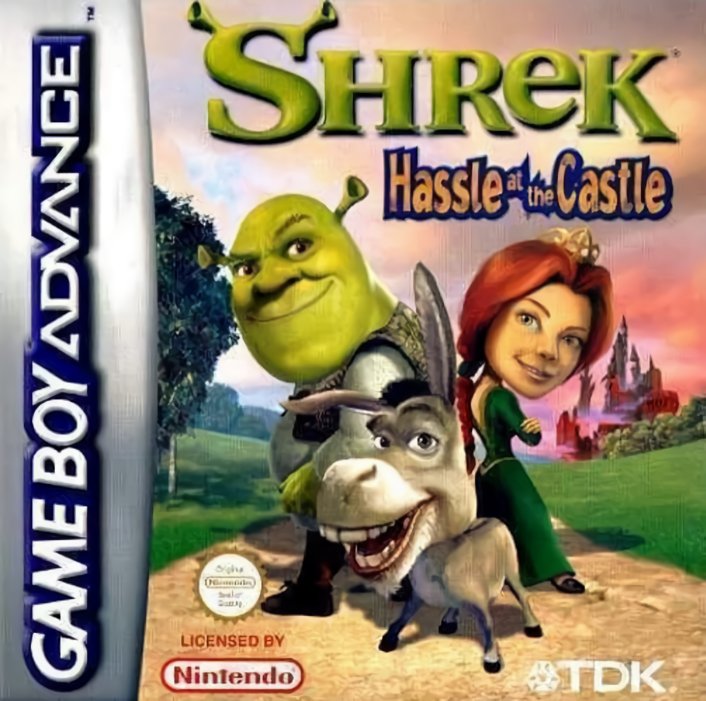 Shrek: Hassle at the Castle is an action game, developed by TOSE and published by TDK Mediactive, which was released in 2002. It is a game based on the Oscar award winning movie Shrek. In the game you travel through various stages on tasks which follow the plot of the movie. As you move along the game you will be able to gain control of not only Shrek, but also Donkey and Princess Fiona. Each character has the strengths and weaknesses and you will have to maneuver between the three to be successful. There is also a multiplayer fighting mode which can be played with a single game pack.