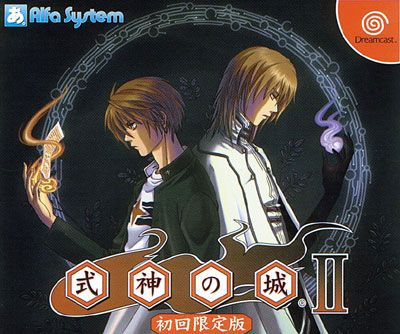 Sequel to Shikigami no Shiro, SS2 is a vertical-scrolling shooter with sci-fi elements.

As in most games in the genre, the game puts you in control of a small fighter as you attempt to make your way past several stages filled with enemy ships charging and attacking you in different patterns.

The game features 7 distinct characters with psychic powers (which manifest in-game as bomb-type attacks and other special moves) and unique fighters, and the game features a story mode for each character, in which they have different dialogues and plot sequences for each boss fight.

Also included is a weapon system similar to Psyvariar's in which you can enhance your power and rate of fire by scraping incoming bullets.