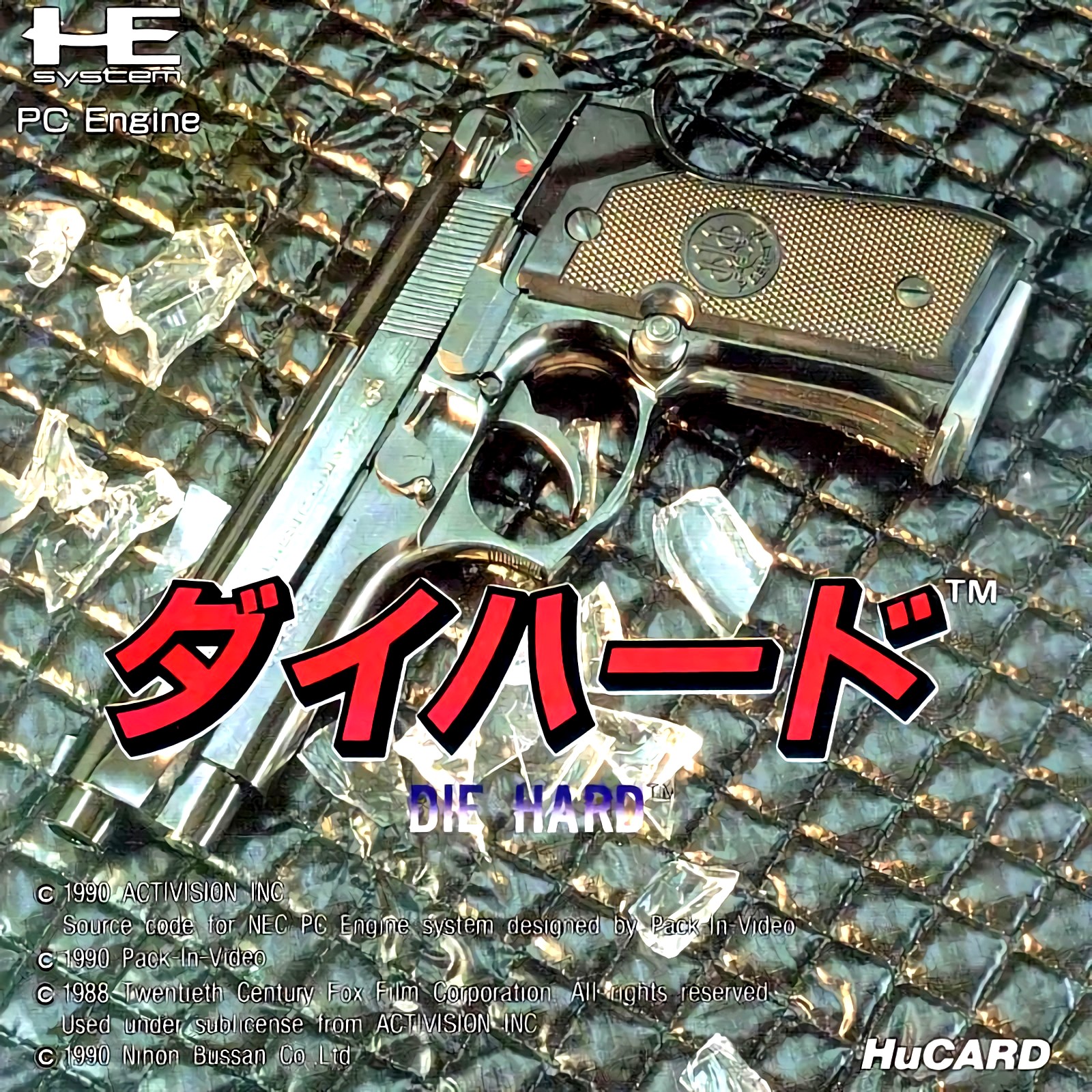 Terrorists are holding people hostage in Nakatomi Plaza in an attempt to steal $600 million. John McClain decides to visit his wife Holly, who happens to be one of the hostages, and gets involved in the situation. Unlike other versions of Die Hard that are in the MobyGames database, the TurboGrafx-16 version is played from a top-down perspective, and consists of ten stages which has you fighting bad guys from forests, all the way through the Nakatomi Building, and finally on the roof where the final confrontation takes place. Weapons can be picked up by knocking down enemies, and include machine guns, laser shots, and flamethrowers. If you look hard enough, you may even obtain a bullet-proof vest, which may protects you from shots, but can also reduce its life.