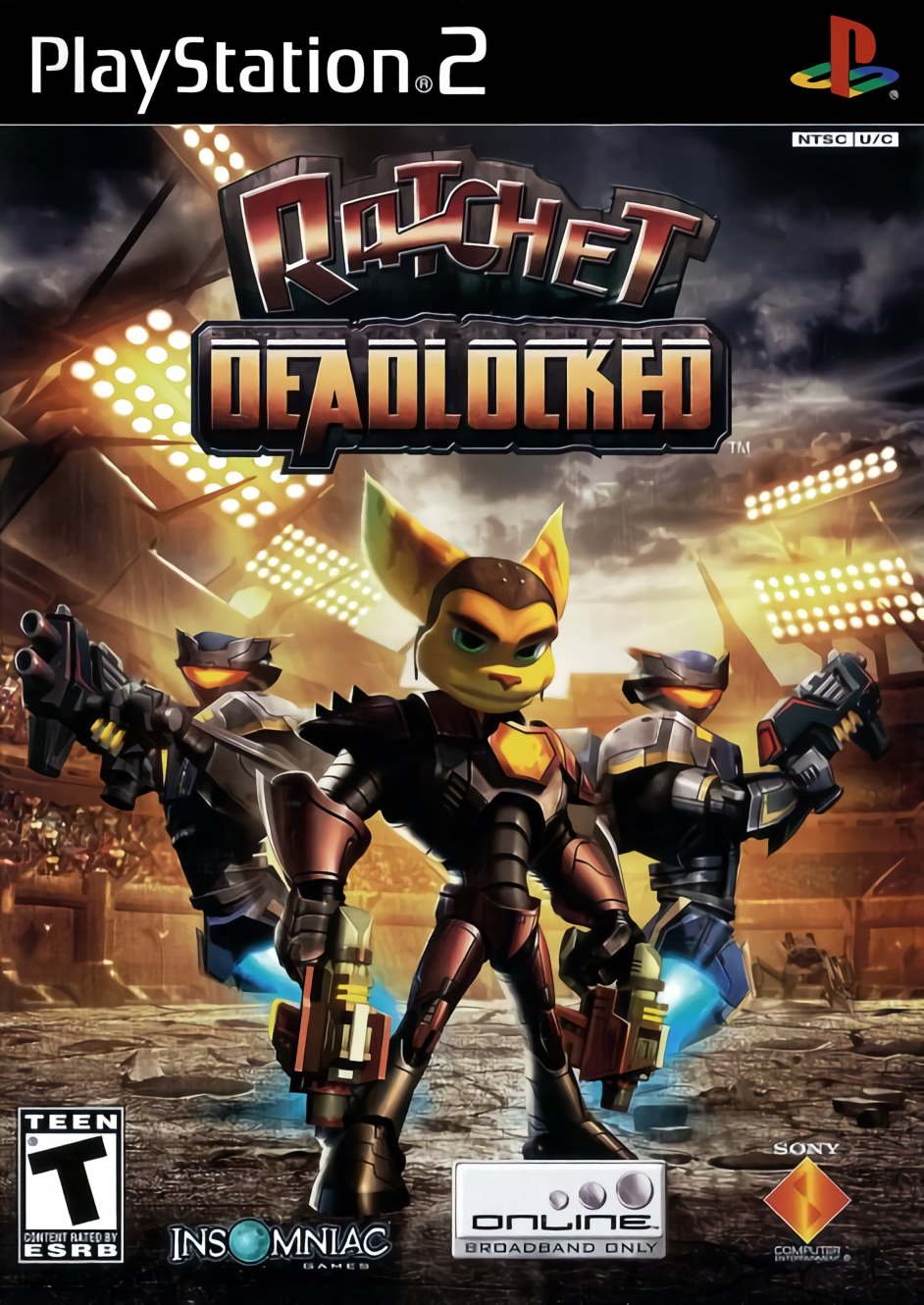 By GambierBae : September 21
Ratchet: Deadlocked is the fourth game in the Ratchet & Clank series by Insomniac Games. The storyline involves Ratchet and Clank, along with Al, being kidnapped and forced to compete in a underground reality show called "DreadZone" run by the media mogul Gleeman Vox on the outer fringes of the galaxy.

The game differs from its predecessors in that it focuses more on shooting than platforming and puzzle elements. The game allows you to use two bots to fight along side you, which can be upgraded over time with better weapons and firepower. There is a total of 10 weapons in the game, significantly less than the other games. However, modding these weapons is more emphasized than before, with different kinds of Alpha and Omega mods. Omega mods can be used on any weapon, and range from the freeze mod to the magma mod. Alpha mods are weapon-specific, and increase the rate of fire, ammo capacity, and power. The game also features online multiplayer.

Clank is not a playable character in this game, although he gives advice to Ratchet over his communication link.