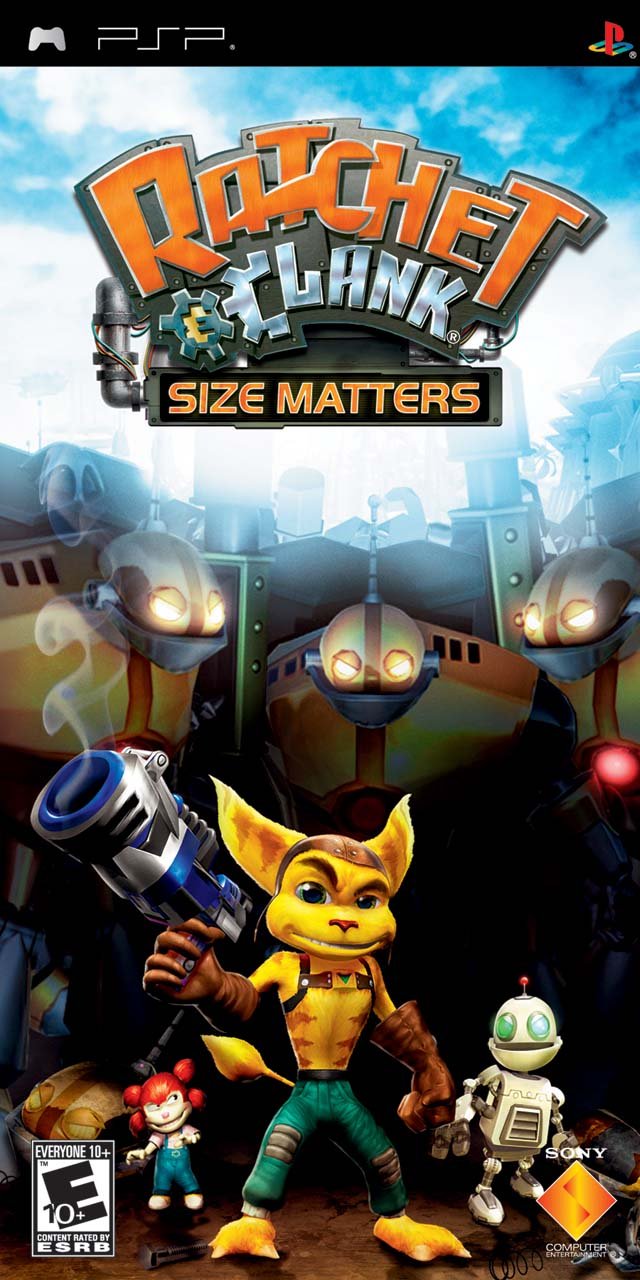 By GambierBae : July 7
Ratchet & Clank: Size Matters is the first game in the Ratchet & Clank franchise to appear on the PSP and it does not stray away from the console versions. In this 3D action platformer, the duo gets lured into a mysterious quest and soon rediscovers a forgotten race of genius inventors known as the Technomites. These inventors set out to create an army of clones.

Ratchet & Clank are supplied with an all-new arsenal of upgradable weapons along with some old favorites, like the Agents of Doom, the Hypershot and the Suck Cannon. Gameplay includes an RPG-like experience system that allows the player to buy new mods, similar to Up Your Arsenal. Ratchet can also collect pieces of different armor sets. These can be worn and mixed at will, but full sets (helmet, gloves, boots, suit) provide extra abilities. Ratchet's hovercraft races, Giant Clank's space battles, and Clank's battle robot arenas are all minigames tossed into the mix with the platforming elements.