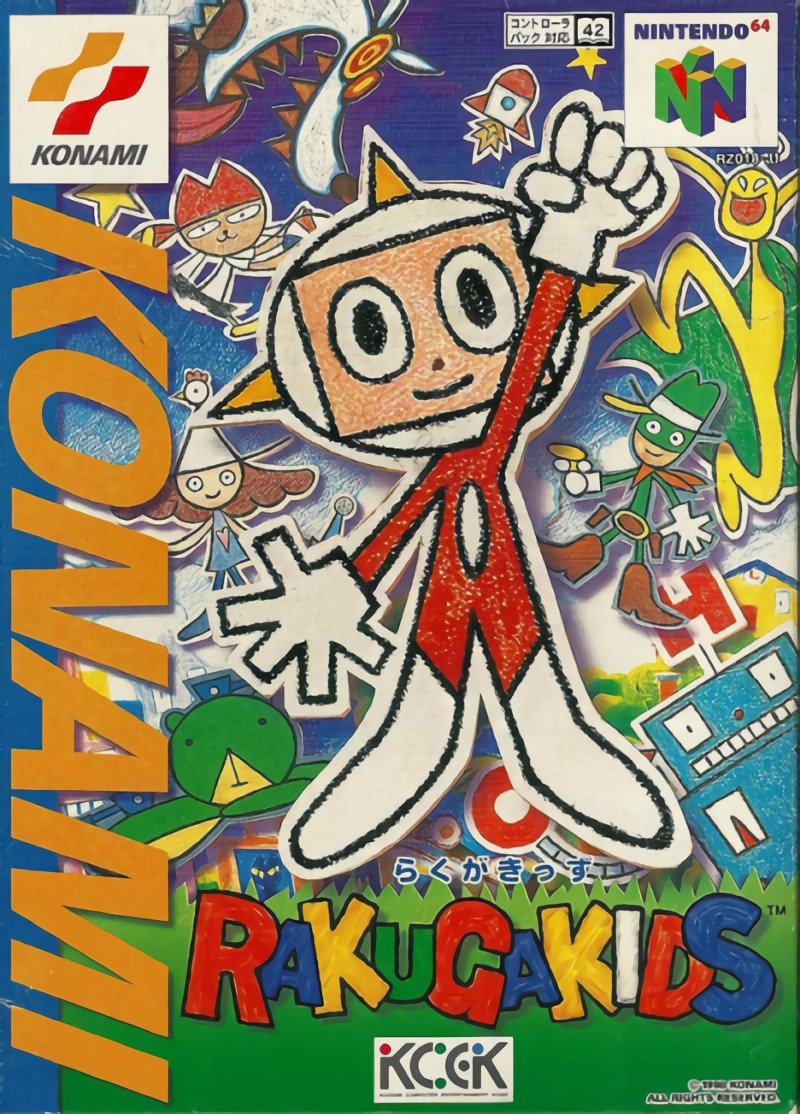 By GambierBae : October 18
It was school holidays, and the Twinkle gang of schoolkids sailed to an island where they found a cave with crayons hidden inside. They split them among the group, but before they had finished, a bully came and stole the pack along with the last two crayons! He drew a mischievous-looking character, who came to life and said "Let's cause trouble!" Twinkle Town was terrified of the bully and his crayon character, so the Twinkle gang decided to draw their own superheroes to stop the bully!

Rakugakids is a 2D fighting game, similar to Marvel Vs. Capcom. You select from a variety of hand-drawn cartoon characters, and fight using low, middle and high punches and kicks. As you'd expect with this type of game, special button combinations yield special, more powerful moves. There is also a 'crayon meter' that fills the more you attack your opponent - when it is completely filled, you can pull off a devastating special move.

The kids' characters are a lively bunch, full of an assortment of crazy moves. There's Robot C.H.O., who is a robot that turns into different metal objects on the fly, such as a car, garbage can, rocket, and more. There's BearTank, which is a green teddy bear with gun turrets on it. Captain.Cat.Kit is a DJ cat with slick basketball moves who also attacks with a variety of musical instruments.

An interesting feature of Rakugakids is that Story Mode can be played by using "Training Mode". In this mode, you select a character, and train them up by playing matches against any character you like. It is beneficial to train more, because you can choose to play Story Mode in 'Battle Mode'. This mode automatically plays the game for you using your trained up character. If you've trained enough, your character will react to opponent attacks in the same way that you yourself would.